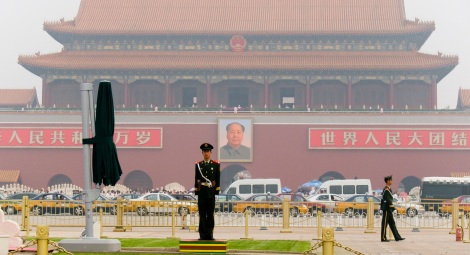 Sweeping detentions and disappearances of lawyers

Over 100 human right lawyers and activists have been detained, interrogated and forcibly disappeared across China since 10 July.

As of 13 July, the China Human Rights Lawyers Concern Group estimates that 114 individuals have been targeted in the sweeping arrests. Those detained include human rights lawyers and activists, but also relatives of lawyers and staff from the lawyers’ firms. Some have been questioned and released, while others remain in detention, and still others are believed to have been forcibly disappeared. In addition, the authorities have searched and confiscated material from at least three law firms.

Many of the lawyers questioned over the weekend were signatories to a letter condemning the forced disappearance of lawyer Wang Yu, who had previously defended members of Falun Gong, a spiritual practice banned in China. Among the lawyers arrested were many who have defended the right to freedom of religion or belief and freedom of expression, including Li Heping, a Christian lawyer who has defended Christians, Falun Gong practitioners and other right defence lawyers. Lawyer Zhang Kai defended Protestant pastor Huang Yizi, who protested the demolition of churches and crosses in Zhejiang, while Li Fangping defended the activist-lawyer Chen Guangcheng and Uighur academic Ilham Tohti. At least two Christian activists, including one unregistered church leader, have also been questioned.

While rights lawyers in China have suffered from arbitrary arrest, harassment and intimidation for years, the mass arrest of over 100 lawyers and activists in a single weekend is unprecedented. An editorial in the Global Times, which is owned by the official newspaper of the Chinese Communist Party, reported the events as a crackdown on a “major criminal gang” by the Ministry of Public Security. The editorial accuses “radical human rights lawyers” of disrupting the legal process, and states that China is committed to promoting the rule of law.

Mervyn Thomas, Chief Executive of Christian Solidarity Worldwide (CSW), said, “We are deeply concerned by the wave of arrests, interrogations and disappearances which has swept across China this past weekend. The lawyers and activists targeted in this crackdown have courageously defended the rights of religious communities, petitioners and the socially disadvantaged, often at great risk to themselves and their families. They have deliberately chosen to stand up to injustice and challenge corruption for the sake of building a just society. The branding of lawyers and activists as criminals is extremely concerning for the individuals concerned and their law firms, but also for the future of China. These sweeping actions against some of the country’s top lawyers can only serve to undermine the authorities’ claims to promote the rule of law. We urge the government to immediately end this crackdown, to release all the lawyers, activists and other individual still detained, and to allow the legal community to defend their clients without disruption, intimidation or threats.”