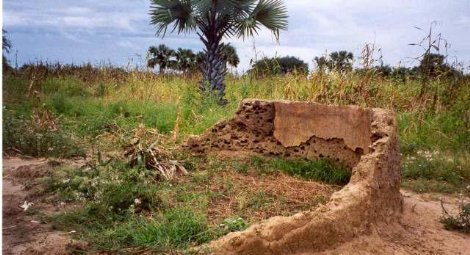 A building belonging to the Sudanese Church of Christ (SCOC) in the city of Omdurman, Sudan, was demolished on 27 May, following threats from local residents and authorities. The building was in the process of being rebuilt after being burned down in August 2020.

The SCOC congregation in the Jabrona area of Omdurman had been renting equipment to continue with church services after their church building was burned down in August 2020, but as rental costs proved expensive, they stated their intention to rebuild the church in May 2021.

As the work got underway, a local prosecutor summoned three of the church leaders and ordered them to stop rebuilding the church.  However, they refused to do so on the grounds that the church was on public land, thus the issue fell within the jurisdiction of the prosecution department concerning violations related to public lands, which had not received any complaints about the building.

Construction work continued despite subsequent intimidation from some local residents. However, on the morning of 27 May, the church building was demolished.

After the church was burned down in 2020, the Ministry for Guidance and Endowments, the government institution responsible for religious affairs, had designated a committee to investigate the incident and promised to grant the church authorisation.  However, this is yet to occur.

The trial of eight people accused in the arson in August 2020 is ongoing at Dar-Alsalam Criminal Court, marking the first prosecutions for damaging a church in the nation’s history.

CSW’s Founder President Mervyn Thomas said: “The destruction of the church in Jabrona is yet another blow to a congregation that had already endured four attacks on their church building between December 2019 and January 2020 prior to the arson attack that razed it to the ground. The destruction of this church building is emblematic of the ongoing hinderances to the full enjoyment of freedom of religion or belief for all of Sudan’s citizens.  We urge the Sudanese authorities to investigate the circumstances surrounding this demolition, and to authorise the church without delay, so that they can start to rebuild their place of worship.”

In other news, the former president of the Pentecostal Church, Reverend Abo-Feras Dawood, was arrested on 26 May and released on bail on 27 May on charges of corruption, for selling two houses belonging to the church.

The church had been closed in 2014 by the National Intelligence and Security Services (NISS), which confiscated a high-value building in the heart of Khartoum and forced many church leaders to leave the country after confiscating their cars and properties. NISS also worked with the Ministry for Guidance and Endowments to appoint Reverend Abo-Feras as President of the church in 2015.

In March 2020, the Ministry for Guidance and Endowments moved to dissolve all the church committees, which had been appointed by the Ministry, after which the church filed the case against Reverend Abo-Feras. However, the decision was not fully implemented, and most of the government-appointed committees have continued operating as normal.  As a result, the church is not in full control of its own affairs, and this enabled Reverend Abo-Feras to sell the two houses in August 2020.

Mr Thomas added: "We encourage the government to implement the decision, so the legitimate committees can have full control over their affairs."