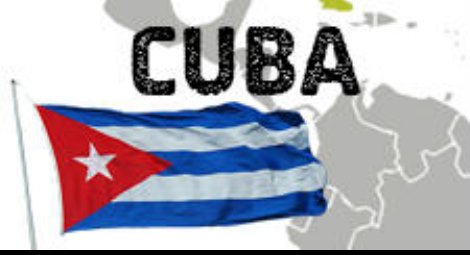 Despite government claims of increased respect for religious freedom, reported violations of religious freedom in Cuba continued to increase dramatically over the 19 months covered by this report. From the beginning of 2014 to mid-July, CSW recorded 170 separate religious freedom violations, many of which involved dozens of victims. This followed the record of 180 documented cases in 2013, compared with 120 in 2012 and 40 in 2011. Religious groups across the spectrum all reported varying degrees of hostility from the government. Only a few reported any notable improvement.

Government agents continued to employ more brutal and public tactics than witnessed in the first decade of the millennium. CSW continued to receive regular reports of severe and sustained harassment and sporadic reports of violent beatings of Protestant pastors and lay workers in different parts of the country. Week after week, scores of women were physically and violently dragged away from Sunday morning services by state security agents. Most were arbitrarily detained until after the conclusion of religious services. There were also increased reports of threats of forced closure, confiscation and demolition of church buildings, including historic, registered churches; some of these threats were carried out. The government continued to employ a strategy of frequent, temporary arbitrary detention to target those it views as political dissidents. This tactic is also applied to religious leaders who are viewed as problematic, for whatever reason, by the authorities. A significant number reported being temporarily detained and imprisoned multiple times over the course of the past year.

Religious leaders continued to put much of the blame for ongoing abuses of religious freedom on the Office of Religious Affairs (ORA), an arm of the Central Committee of the Cuban Communist Party. Religious leaders unanimously object to the Communist Party being given direct authority over all religious activities and business, rather than officially bringing these issues under government oversight when such oversight is needed. The consistently antagonistic relationship between the director of the ORA, Caridad del Rosario Diego Bello, and the leadership of many religious groups is evidence that the office exists solely to monitor, hinder and restrict the activities of religious groups. Over the past year the ORA has denied authorisation for a number of religious activities and has, in cooperation with other government agencies, issued fines and threats of confiscation of church and private property to dozens of churches and religious organisations. The ORA apparently also gave the green light to the July 2014 demolition of a large church and pastoral home in Santiago de Cuba.

Cuba signed both the International Covenant on Civil and Political Rights (ICCPR) and the International Covenant on Economic, Social, and Cultural Rights (ICESCR) in early 2008. Five years later Cuba has yet to make any move to ratify either. According to church leaders representing the full spectrum of denominations in Cuba, the reforms that have taken place have been mostly cosmetic, in reality privileges granted to a few religious groups with the aim of improving Cuba’s image in the outside world. All of this indicates that rather than moving towards a more open society, the government under the leadership of Raul Castro still views religious organisations, and in particular their leaders, as potentially dangerous entities to be controlled as much as possible.