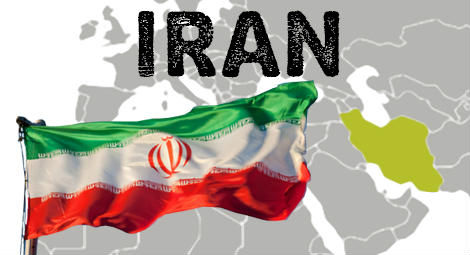 During the raids the three men were ordered to report to VEVAK on 17 February to answer questions. CSW was informed that when the men reported to VEVAK officers as requested, they were politely asked to leave the country.

The reason for the raids remains unclear; however, Mehdi Reza Omidi (Youhan) was part of a group of four Christians who in October 2013 were charged with drinking alcohol during a communion service, and possessing a receiver and satellite antenna. The group was sentenced to 80 lashes each for the offences. Mehdi Reza Omidi (Youhan) was previously detained on 31 December 2012, during a government crackdown on house churches. However, another motive for the arrests may be that all three men are members of the leadership team of the church run by Pastor Yousef Nadarkhani, who was sentenced to death for ‘apostasy’ in 2010 and acquitted in 2012.

In other news, Pastor Behnam Irani, who is serving a six year sentence on false charges, was refused conditional release by a judge. Under Iranian law prisoners can be released conditionally for good behaviour once they have served more than half of their sentence, although this is subject to the agreement of the prison authorities and the judge. While the prison authorities agreed to Pastor Irani’s conditional release, the judge did not, resulting in his continued detention.

CSW’s Chief Executive Mervyn Thomas said, “CSW is concerned by Monday evening's raids by the Iranian authorities, who continue to harass the Christian community without cause. It is also disappointing that the judge in Pastor Irani’s case has denied him conditional release, despite the fact he has suffered from ill health during his incarceration and was recently acquitted of further false charges. Since his original charges were equally baseless, we urge the Iranian authorities to release him unconditionally and without further delay. We applaud the fact that following the murders of 21 Egyptian Christians in Libya, the Twitter account of Ayatollah Khamenei highlighted that Islam advocates "fairness and justice towards the followers of other religions", and used the hashtag #ChristianLivesMatter. We therefore call on the Supreme Leader to ensure that his country's religious minorities experience fairness and justice, and that the authorities illustrate by their actions that the lives of Iranian Christians also matter."