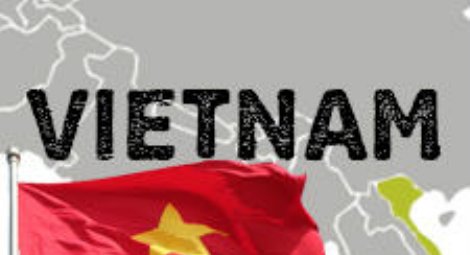 On 5 March, unidentified assailants threatened lawyer Dai outside his home. The following day, they attacked the building, destroying part of the door. Dai called the local police but received no assistance. Since the second incident on 6 March, Dai’s home has been under constant surveillance by security officers and “thugs” who have behaved aggressively towards Dai and his family.

Lawyer and activist under house arrest

The attacks came at the end of Nguyen Van Dai’s period of house arrest. On 11 May 2007, Dai was found guilty of “disseminating slanderous and libellous information against the Socialist Republic of Vietnam” under Article 88 of the country’s Penal Code, and sentenced to five years in prison. He was released in 2011 but placed under house arrest for four years. As a lawyer and activist, Dai has provided legal advice and representation to Christians who have suffered violations of their right to freedom of religion or belief, as well as other victims of human rights violations.

While under house arrest, Dai was closely monitored by police and security agents. In April 2013, he was prevented from meeting with US Deputy Assistant Secretary of State for Democracy, Human Rights and Labor, Dan Baer when he visited Vietnam for the 17th US-Vietnam Human Rights Dialogue. When a political officer from the Embassy tried to pick Mr. Dai up from his house that afternoon, security officers instructed ten elderly women to block the officer's car. In addition, approximately ten of Dai’s supporters were arrested by security officers when they came to see what was happening. They were detained and questioned for five hours.

UN Expert intimidated and harassed during his visit to Vietnam

This week the UN Special Rapporteur on Freedom of Religion or Belief presented a report to the Human Rights Council on his visit to Vietnam in 2014, in which he expressed his disappointment that planned visits to three provinces could not be completed “owing to various interruptions.” Professor Bielefeldt received credible reports that some individuals he wanted to meet had been “heavily surveilled, warned, intimidated, harassed or prevented from travelling by the police”. The Special Rapporteur’s report identified “a number of serious problems” concerning religious freedom in Vietnam, including legal and administrative restrictions and a “generally dismissive, negative attitude towards the rights of minorities and individuals practising religions or beliefs that are not registered.”

Christian Solidarity Worldwide’s Chief Operating Officer Andy Dipper said, “These attacks on the home of lawyer Nguyen Van Dai are completely unacceptable and are a violation of his right to protection from arbitrary or unlawful interference with his privacy and family, as stipulated in the International Covenant on Civil and Political Rights, to which Vietnam has acceded and is encouraged  to adhere. The continued harassment of Dai as a defender of human rights and religious freedom is another example of the government’s attempt to restrict the activities of those who seek to defend the right to freedom of religion or belief in Vietnam.”