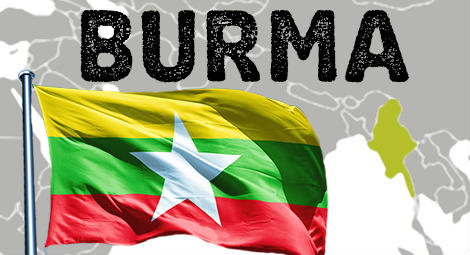 Amid growing religious tolerance in Burma, CSW continues to be deeply concerned about the violations of freedom of religion or belief and freedom of expression in Burma. This has been recently illustrated by two current cases of "religious defamation."

Three managers of a nightclub in Rangoon were found guilty today of defaming religion, and sentenced to two and a half years imprisonment with hard labour. New Zealander Phil Blackwood and his Burmese business partners Tun Thurein and Htut Ko Ko Lwin were charged under articles 295, 295(a) and 188 of the Burmese Penal Code. Articles 295 and 295(a) relate to insulting religion. They had advertised the VGastro nightclub using an image of Buddha wearing headphones.

In a separate case, former information officer of the National League for Democracy (NLD) Htin Lin Oo faces charges under articles 295 (a) and 298 of Burma’s Penal Code after a speech he made on 23 October criticising Buddhist extremists for inciting hatred and violence. A Buddhist himself, he argued that the extremist Buddhist nationalists’ behaviour was contrary to the teachings of Buddhism, but has been charged with insulting Buddhism as a result. According to Democratic Voice of Burma (DVB), Chang-U court in Sagaing Division today upheld the accusations against him and will pursue charges on counts of religious defamation and hurting religious feelings.

Meanwhile, Burma’s Parliament continues to consider a package of new laws known as the Protection of Race and Religion Laws, which if implemented will include legislation restricting religious conversion and inter-religious marriage.

CSW’s Chief Executive Mervyn Thomas said, “These cases are deeply concerning. Using a religious image to advertise a nightclub is undoubtedly insensitive and unwise, but it should not constitute a criminal offence. In the case of Htin Lin Oo, he is facing jail for speaking up for religious tolerance and harmony and for the real values of his religion. These cases, together with the legislation which Burma’s Parliament is considering and the violence incited against religious minorities in the past three years indicate a deteriorating climate of religious intolerance, violations of freedom of religion or belief, and freedom of expression in Burma today. We urge the Burmese authorities to drop these charges and to release Mr Blackwood, Tun Thurein, Htut Ko Ko Lwin and Htin Lin Oo unconditionally. We also call on the authorities to abandon the proposed new legislation and to take steps to protect and promote freedom of religion or belief and freedom of expression for all.”