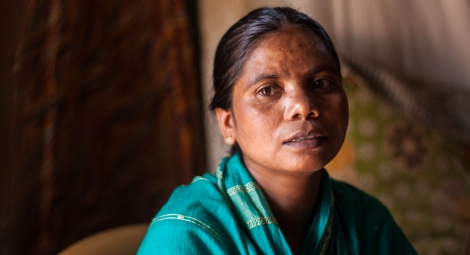 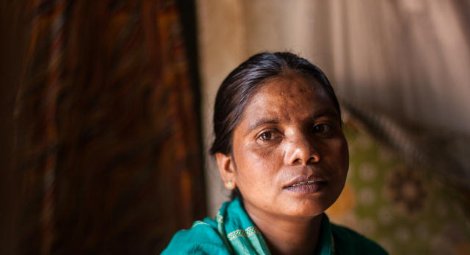 Almost a year ago India got a new prime minister. What has this meant for Indian Christians?

Narendra Modi took office as India’s Prime Minister on 26 May 2014, but despite his election promises to respect the rights of all religions, the situation for Christians has got worse and worse since he came to power. We caught up with our South Asia Team Leader, to ask what can be done now.

First things first – how bad is the situation for Christians?

It’s very worrying. There has been targeted violence against Christians and Christian institutions. Christian schools have been attacked and forced
to adhere to an extreme right-wing ideology called Hindutva, Christians in rural villages have been forcibly converted to Hinduism, churches have
been vandalised or demolished, missionaries have been detained and beaten, and an elderly nun was gang-raped. Christians in India continue to live in bleak uncertainty of their future as Indian citizens.

The current ruling party, the Bharatiya Janata Party (BJP) is the political arm of Hindutva. Unfortunately, the government’s very close affiliation to this organisation, which has a large civil society following and heads other nationalist organisations under it, is part of the problem. These organisations are spreading their ideologies all over India. Reports suggest that the movement “has vowed to free India of Christians and Muslims
by 2021”. Hatred towards Christians as the ‘other’ is spreading to such an extent that India today is moving away from the secular state it was
intended to be when it was founded. Figures show that incidents against Christians in India have jumped 55% since the new government took
office in May 2014.* 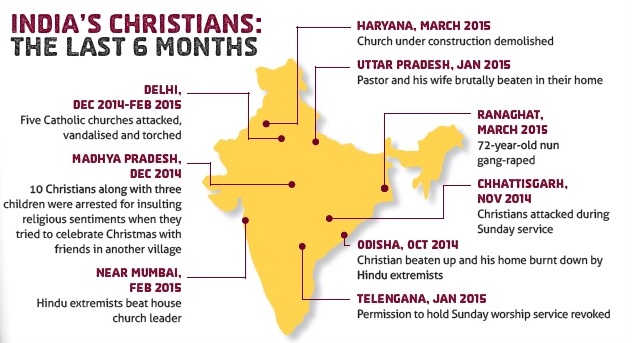 After a long silence despite numerous attacks on Christians, finally in February this year, Prime Minister Modi said, “We cannot accept violence
against any religion on any pretext and I strongly condemn such violence. My government will act strongly in this regard.” But this commitment thas yet to materialise.

It doesn’t sound good. What is CSW doing about it?

While our fantastic partners on the ground get food, medical supplies, legal support and other necessary items to people directly affected by these violent incidents, we’re working hard to advocate for Christians to choose, change and practise their faith freely and without fear. If the government of India is truly committed to upholding the fundamental rights of religious
minorities, then they must properly investigate incidents of religiously-motivated violence, prosecute the perpetrators, and deal with the activities of extremist organisations that sow the seeds of enmity towards Christians. Until this happens, the constitutional freedom that is provided for religious minorities in India is under threat.

Prime Minister Modi’s speeches about protecting Christians and other religious minorities might not have been reflected in their daily reality, but when a government makes public promises like that we can hold them accountable. The South Asia team will be visiting Washington this year to meet key policymakers there, to encourage them to raise this issue whenever they meet Indian politicians, and press them to take action.

Can supporters do anything to help?

Yes! We urgently need your prayers for this situation in India. Please use p.6 of the Prayer Diary to pray for Christians in India and for our work to
bring about real religious freedom for them.