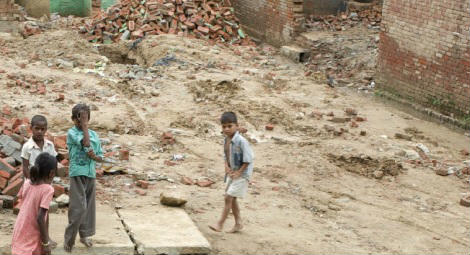 India is the second most populous country in the world, with more than 1.25 billion people in 2013. Its economy is the tenth largest in the world and it is the world’s largest democracy. In 2014 the country held its 16th Lok Sabha (‘Assembly of the People’) election.

The economic outlook was bleak as India entered election season. A Pew survey found that 70% of Indians were dissatisfied with the direction of their country’s development and were worried about inflation, unemployment and an underperforming government. India used to be seen as an emerging geopolitical player, but is now faced with a weak economy and an unclear national vision. The economic data provides further evidence of the situation, with an average growth rate of 4.6% over 2010 to 2014 compared to growth rate figures exceeding 9% over 2005 to 2007. The government led by the Indian National Congress had been unable to put in place business reforms to help revive the economy.

The elections provided an opportunity for India to get its economy back on track. Narendra Modi, one of the candidates, had a track record of governing the State of Gujarat with an average growth rate of 10% during the period 2006 to 2012, against the national average of 8%. Mr Modi’s party, the Bharatiya Janata Party (BJP), went on to win the elections. In what was touted as a historical win in Indian politics, more than 50% of seats in the Lok Sabha were won by BJP candidates. With just two seats in 1984, the BJP today has a strong majority of 282 seats, giving the party the power to control the future of the nation without reference to coalition parties. The clear majority in Parliament’s lower house means more reforms and more growth, and is seen as positive news for investors. Narendra Modi was sworn in as Prime Minister of India on Monday 26 May 2014.

While the economy is recovering gradually under the new regime – the World Bank anticipates growth of 6.7% in 2015, there are rising concerns over escalating human rights violations and threats to freedom of religion or belief (FoRB). Lack of action by the previous, secular government, exacerbated the culture of impunity and the lack of justice for victims of FoRB violations.

In 2014 Christian Solidarity Worldwide (CSW) found that the most significant threat to pluralism in India was from the extreme Hindu nationalist ideology, Hindutva. The BJP is known to have close ties to the Rashtriya Swayamsevak Singh (RSS), a Hindu nationalist group with the ultimate aim of making India a Hindu state. Recent events have shown that with the BJP in power, the door has been opened for the RSS to have a prominent role in the running of the largest democratic country in the world.

This report will focus on the rise in FoRB-related human rights violations since the BJP government took office. During the first four months of 2015, over 600 incidents of violence against religious minorities were reported, grim reminders of past violence in Gujarat in 2002, in Kandhamal in 2008, and in Muzaffarnagar in 2013, where the victim-survivors have yet to receive justice. In addition to the rise in communal violence, there are increasing concerns around hate speech and ghar wapsi (literally ‘homecoming’ ceremonies, where non-Hindus are re-converted), along with continued fears for the protection of human right defenders.

India’s constitution declares the country a secular state in the Preamble, and designates freedom of religion as a fundamental right and prohibits discrimination on the basis of religion (Article 15). Other relevant articles in the constitution include the protection of the right to FoRB in Article 25(1) and the protection of the freedom to manage religious affairs in Article 26. 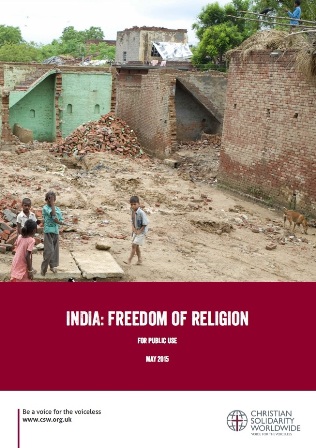