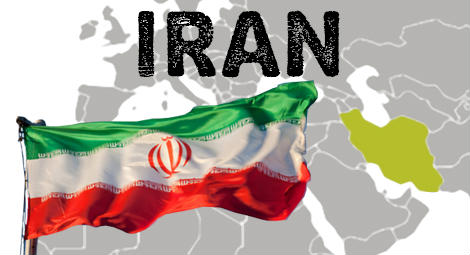 The Islamic Republic of Iran and the group of P5 +1 countries (China, France, Russia, the United States, the United Kingdom (UK) and Germany), have reached a deal on nuclear and economic sanctions; however, the nation’s political activists, human rights defenders and ethnic and religious minorities continue to face repression.

The deal, finalised in Vienna on 14 July, was the outcome of negotiations between Iran and the six world powers that have been ongoing since 2006. Iran agreed to halt its nuclear enrichment programme in return for the lifting of sanctions by the US, UN and EU that have been in place for the past nine years and that have isolated the country and negatively impacted its economy.

The Iranian President Hassan Rouhani called the deal “historic”, while President Obama said that it would ensure that “every pathway to a nuclear weapon had been cut off” for Iran.

However, the agreement makes no mention of the dire human rights climate in Iran, where there has been a spike in executions since the advent of the Rouhani government, with Iran executing more people per capita than any other country. Since 2014, more than 1,000 people have been executed – including women, political activists and religious minorities – marking a 12–year high in the number of executions.

In addition, despite President Rouhani’s promises to ensure human rights and equality for all, Iran has witnessed a deterioration of human rights since his election to office two years ago. It continues to imprison political opponents, journalists and members of religious minorities, in particular converts to Christianity and members of the Baha’i faith.

Following the announcement of the nuclear agreement, UN Special Rapporteur on the situation of human rights in Iran, Ahmed Shaheed, who continues to be denied access to Iran, called on President Rouhani to turn his attentions to human rights, urging him to “focus on his other campaign pledges, specifically those to promote the enjoyment of all human rights by the Iranian people”.

In other news, Christian prisoner Behnam Irani was released on a 15-day furlough on 8 July after posting bail of 150 million tomans (50,000 USD). Sources close to CSW state that his temporary release may be the result of “nuclear negotiations and international pressure.”

CSW’s Chief Executive Mervyn Thomas said, “Since the new agreement effectively ends Iran’s longstanding isolation, it should also encourage the nation to fully embrace its international undertakings, particularly with regard to human rights. CSW therefore calls on the international community to press Iran to fulfill its human rights obligations and to ensure that freedom, justice and equality before the law are guaranteed to all its citizens. We also urge the Iranian authorities to secure Behnam Irani’s permanent release without condition, as he has no legitimate charges to answer, and to uphold the country’s constitutional and international obligations to guarantee freedom of religion or belief for all.”