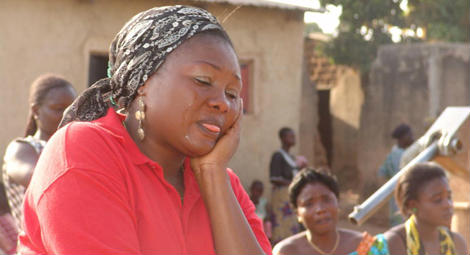 Three suspected members of Islamist terror group Boko Haram were arrested in Nigerias Plateau State on 14 July, after their behaviour aroused the suspicion of local traders.

Three suspected members of Islamist terror group Boko Haram were arrested in Nigeria’s Plateau State on 14 July, after their behaviour aroused the suspicion of local traders.

According to local reports, traders in the Terminus area of Jos seized the three men, who were reportedly moving around the market area in a suspicious manner.  When the suspects were confronted and searched, one was found to be in possession of five mobile phone SIM cards, while another had four. The men, who had arrived at the market in the same vehicle, are also reported to have given contradictory statements to the police.

The arrests are the latest indication of heightened activity by the Boko Haram sect in Plateau State. On Sunday 12 July a bomb attack on Evangelical Church Winning All (ECWA) Gospel 1 building in Tudun Wada, Jos was averted when explosives were discovered in the church toilet prior to the Sunday service. Four explosives were detonated before security officials arrived; one exploded after it was thrown over a fence and another was discovered and successfully defused by the bomb squad of the Nigeria Police Force.

On 7 July, the President of the Pentecostal Fellowship of Nigeria (PFN), Dr Felix Omobude, stated that so far around 850 churches had been destroyed by Boko Haram in the north of Nigeria. On 10 July, Boko Haram released its latest video in which a Nigerian soldier was beheaded and threats were issued of renewed attacks on Christians, Jews and the security forces. Meanwhile, Boko Haram has continued a violent campaign that has claimed at least 700 lives in northern Nigeria alone since 29 May.

On 14 July, at least 30 people died when the sect mounted a four-hour attack on Mainok village on the outskirts of the Borno State capital Maiduguri. Boko Haram militants also raided Damasak Town in the north of Borno State, killing at least 12 people. They murdered over 20 commuters on the Maiduguri-Damaturu Highway and killed eight others following an ambush on a lorry in Garin Giwa near Baga. On 15 July, hundreds of civilians were reported to be fleeing Benisheikh, Ngamdu and Kukareta villages in the north of Borno State following renewed Boko Haram attacks on their communities. Nigeria is now reported to have the third largest population of Internally Displaced Persons (IDPs) in the world, after Syria and Iraq.

The sect has also claimed lives in neighbouring Niger Republic, where four people died in an attack on a prison in the southern town of Diffa on 11 July; Cameroon, where at least 11 were killed in suicide bombings by two women near an army camp on 12 July; and Chad, where on 11 July a suicide attack on a market by a man dressed in a niqab claimed at least 15 lives in the capital N’Djamena. On 14 July, militants in a motorboat murdered several young Quranic students on an island in Lake Chad.

Mervyn Thomas, Chief Executive of Christian Solidarity Worldwide (CSW), said, “Our thoughts, prayers and deepest condolences go out to those who have lost loved ones, homes and livelihoods in these attacks, and particularly to the family of the Nigerian soldier whose life was taken in such a barbaric manner.  Even as we commend the Plateau State traders and the staff of ECWA Gospel 1 Tudun Wada, whose vigilance and bravery averted further loss of life, we are struck once again by the senseless violence of an international terrorist group that appears once again to be able to strike at will, murdering civilians in four nations in a cruel and unrelenting manner. Despite its pseudo-religious pronouncements, with every atrocity Boko Haram illustrates it is no more than a death cult that indoctrinates members to kill without conscience, regardless of the creed espoused by its victims.”