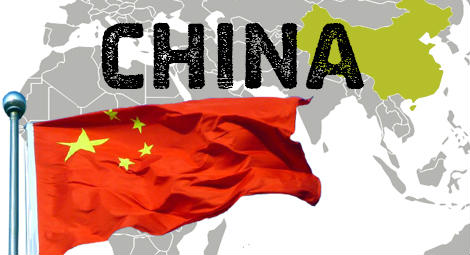 United Nations human rights experts, the European Union, UK, US and other voices from the international community have expressed their concern regarding the detention of over 200 lawyers and activists in China since 10 July.

On 16 July, five UN independent experts called on the Chinese authorities to stop harassing and intimidating lawyers and their colleagues, stating that “Lawyers are essential to ensure the rule of law; they need to be protected not harassed”. A Spokesperson for the EU’s European External Action Service also called on China to release those detained for seeking to protect human rights, while a spokesperson for the British embassy in Beijing expressed deep concern about detentions. The US has also released a statement strongly urging China to release “all those who have recently been detained for seeking to protect the rights of Chinese citizens”.

Also last week, the UK’s Law Society wrote to Chinese Premier Li Keqiang raising its concerns about the situation and requested the immediate and unconditional release of the lawyers still in detention. In the US, the Chairs of the Congressional-Executive Commission on China, Representative Chris Smith and Senator Marco Rubio,  released a statement asserting that the “wave of repression constitutes an undeniable setback in US-China relations”.

Christian Solidarity Worldwide last week reported the detention, interrogation and forced disappearance of over 100 human right lawyers and activists since 10 July. Those detained include human rights lawyers and activists, but also relatives of lawyers and staff from the lawyers’ firms. Many of the lawyers questioned were signatories to a letter condemning the forced disappearance of lawyer Wang Yu, who had previously defended members of Falun Gong, a spiritual practice banned in China. Among the lawyers arrested were many who have defended the right to freedom of religion or belief and freedom of expression.

As of 20 July, the number of lawyers, activists and family members detained, interrogated or disappeared has risen to at least 236, according to the China Human Rights Lawyers Concern Group. While the majority have been released, at least six are being held incommunicado, and at least 14 are in some form of detention or confinement. Amnesty International has reported that some of the lawyers are being held on suspicion of “inciting subversion of state power”, which can carry a sentence of up to 15 years in prison.

CSW’s Chief Executive Mervyn Thomas said, “We continue to be extremely concerned by the ongoing spate of arrests, interrogations and disappearances across China since 10 July. At the same time, we note that while this wave of arrests is unprecedented in its speed and scope, rights lawyers in China have faced intimidation and harassment for many years, at the hands of the police, security agents and even court officials. The oppression of the legal community and the smear campaign against some of the nation’s top lawyers calls into question the government’s claims to promote the rule of law. We join governments and other members of the international community in calling for the unconditional and immediate release of all the lawyers, activists, colleagues and family members still in detention and held incommunicado.”