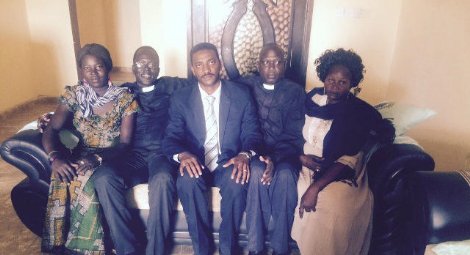 An appeal for the lifting of a travel ban imposed on Reverends Yat Michael and Peter Reith failed after it transpired that the ban had been imposed by Sudan's National Intelligence and Security Service (NISS).

On 9 August, lawyers representing the South Sudanese clergymen returned to court in Khartoum to petition for the ban to be lifted, but were informed that the court had no authority to rule on the issue. The lawyers are meeting the NISS on 10 August in an effort to secure a lifting of the ban.

The renewed involvement of the NISS may indicate fresh complications in the clergymen's case. Following the initial arrests of Reverends Michael and Reith by the NISS in December 2014 and January 2015 respectively, both were held incommunicado and without charge until March, when they were transferred to the custody of the Attorney General and subsequently faced excessive charges. NISS agents who attended the pastors' final hearing on 5 August were reported to have been visibly angered by their release on time served and to have remonstrated with the judge.

The NISS' extensive powers, which include the ability to hold suspects for four and a half months for "investigations", were recently expanded even further following the passing of controversial constitutional amendments in January that legitimised its "Rapid Support Forces" militia by granting them equal status and power with the Sudanese Armed Forces (SAF).

The NISS stands accused of systematically repressing the freedoms of assembly, association and expression civil in the run up to the general election in April, and continues to harass human rights defenders, religious minorities, opposition activists and journalists. The organisation, which answers directly to the President, regularly hounds its targets by releasing them, then immediately re-arresting them.

Mervyn Thomas, Chief Executive of Christian Solidarity Worldwide (CSW) said, “It is deeply concerning that the travel ban was imposed by a paramilitary body with unfettered powers of arrest and detention.  Particularly worrying is the fact that the NISS' functions and processes are not subject to judicial review. This development may herald a new phase in the mistreatment of Reverends Michael and Reith, who instead of being held in prison are now being detained in Sudan against their will. As local efforts to assist the clergymen continue, CSW calls once again for urgent interventions with the Sudanese presidency from members of the international community who observed this case to ensure the travel ban is lifted and the pastors and their families can leave the country and resume their lives."