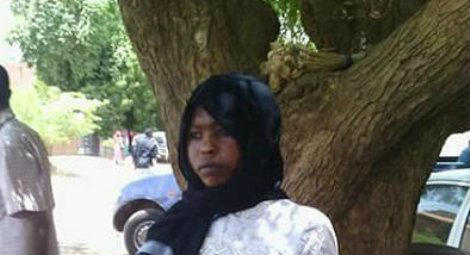 Four Christian women have been found innocent of indecent or immoral dress under Article 152 of the Sudanese Criminal Code, while three have been fined and one still awaits trial.

The women were part of a group of Christians from the Nuba Mountains who were arrested on 25 June after leaving a celebration service at the El Izba Baptist Church in Khartoum. Two were released without charge while the rest were charged with indecent or immoral dress under Article 152 of the Sudanese Criminal Code and released on bail while awaiting court hearings.

All but one of the women has now been tried at the Public Order Court in Khartoum. On 12 August, seven appeared separately before three different judges. Hala Ibrahim, Ishraga James, Inas Mohamed Elkomani and Mawaheb Suliman were found innocent. Nasra Omer Kakoum, Wegdan Aba Alla Salih and  Uthan Omer Eljaily were convicted and fined 500 Sudanese pounds, which was later reduced to 50 Sudanese pounds (approximately £5). Seema Ali Osman‘s case is expected to be heard next week. In July, Ferdoos Eltoum and Rehab Omer Kakoum, were found guilty and fined.

Under Article 152 of the Sudanese Criminal Code, the Public Order Police have broad scope to define what constitutes indecent or immoral dress. The increase in criminal cases being brought against individual Christians appears to be part of an ongoing campaign of repression against ethnic and religious minorities in the country.

Mervyn Thomas, Chief Executive of Christian Solidarity Worldwide (CSW), said, “While we welcome the fact that four of these women were found innocent, we question how some have been found guilty when they were all dressed similarly and entirely in keeping with the law and Sudanese customs. We are deeply concerned by the arbitrary application of the law and the exploitation of its ambiguity to deliberately target these innocent women. These cases highlight wider concerns regarding the mistreatment of religious and ethnic minorities in Sudan. We urge the authorities to respect the right to freedom of religion or belief, as defined in Article 18 of the International Covenant on Civil and Political Rights (ICCPR), to which Sudan is party, and to review or repeal article 152, since its lack of definition facilitates subjective arrests and random judicial decisions.”