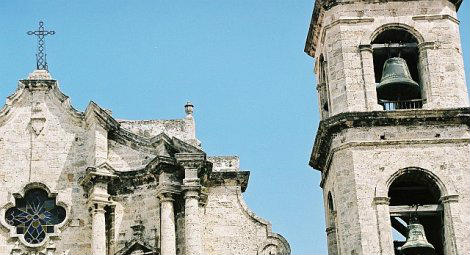 Reverend Jesús Noel Carballeda, a 45 year-old Cuban pastor of an unregistered church in Havana who had been imprisoned for six months for holding unauthorised religious services, was released on 31 August.

Reverend Carballeda was detained in early February and imprisoned in the Valle Grande prison in San Antonio de los Baños outside of Havana. He does not appear to have been tried, but while in prison he was informed by government officials that he would be held for six months as punishment for his continued unauthorised religious activity.

Reverend Carballeda was previously imprisoned in 2000 for four months after militant communist neighbours filed legal complaints about church services he held in his family home in Marianao, Havana. Following his imprisonment, he was put on probation and made to check in with the authorities on a regular basis. While he was barred from holding any religious activity in the family home he continued to lead his church, holding services in parks, rented halls and other private homes.

Reverend Carballeda's church is linked to the Apostolic Movement, a fast growing network of protestant churches which the Cuban government has refused to register. Because the religious group is unregistered, all of the affiliated church's activities are technically illegal and they are unable to apply for permits for a designated place of worship. In March, Reverend Carballeda’s wife told CSW: "We do not want to bother anyone. We just need a place to worship. We are forced to meet in the open air, in parks or rented rooms as [the authorities] will not give us legal recognition."

The detention of Reverend Carballeda is part of a larger crackdown on religious freedom in Cuba over the past few years. In 2014, CSW documented 220 separate cases of religious freedom violations, up from 185 in 2013 and 120 in 2012. Unregistered religious groups have been a particular target of government repression, with religious leaders reporting harassment, fines and threats of confiscation or destruction of property. The case of Reverend Yiorvis Bravo Denis, a leader in the Apostolic Movement whose home was arbitrarily expropriated by the government in 2013, has been filed with the Inter-American Human Rights Commission, petitioning for precautionary measures.

CSW’s Special Ambassador Stuart Windsor said, "While we welcome the release of Reverend Carballeda, we note that he was only released after serving a full six-month sentence for the supposed crime of holding unauthorised peaceful religious services. As Cuba prepares for the visit of the Pope this month, we continue to call on the Cuban government to bring legal matters related to religious activities and groups under regular legal mechanisms and remove the Office of Religious Affairs from its position of authority over all religious groups and activities. We urge the government to cease its harassment of all religious groups, both registered and unregistered, and to allow religious groups who wish to register and to operate legally to do so."