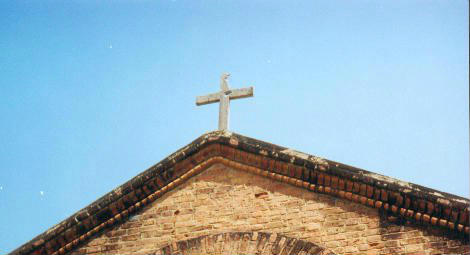 The court’s decision overturns a March 2013 order made by the Ministry of Endowments and Religion, the body that governs religious affairs in Sudan, to grant the illegitimate church committee the power to administrate on behalf of the church. The illegitimate committee was subsequently involved in the contentious sale of church property to local businessmen.

It is hoped that this will bring an end to the ongoing legal battles that churches under the denomination have faced, such as Khartoum Bahri Evangelical church, which has been embroiled in an ongoing legal dispute with government-backed Muslim businessmen who were sold property belonging to the church under the authorization of the illegitimate committee.

In other news, appeals for Ferdoos Eltoum and Rehab Omer, two Sudanese Christian women who were tried on charges of public indecency in July, have been filed with Sudan’s Court of Appeals. Ferdoos Eltoum’s sentence of 20 lashes was suspended by the judge shortly after sentencing on 14 July.

A group of United Nations (UN) rights experts have condemned the use of public indecency laws to charge and convict the women and the court’s handling of their cases. In a statement issued on 28 August, they called on the Sudanese authorities to overturn the womens’ convictions and noted that: “Public flogging of women is a continuing practice in the country, and the offence of modesty and the penalty of flogging are disproportionately used to punish women.”

“We also call upon the Government of Sudan to repeal all legislation that discriminates on the grounds of gender and to comply with international standards… There is a pressing need to address the pattern of discrimination, abuse and torture as well as the oppression and denigration of women in the country.”

Stuart Windsor, Special Ambassador at Christian Solidarity Worldwide (CSW), said, “Whilst we welcome the decision of the administrative court, we are mindful that the court has previously ruled in the favour of the SPEC’s legitimate church buildings and land committee but the decision was overruled at a later stage by a higher court. We call upon the state to end its interference with the affairs of religious institutions and allow denominations such as the Sudan Evangelical Presbyterian Church to administrate its affairs according to its organisational constitution and rules.”

“We also welcome the statement by the UN rights experts in the case of the Christian women and echo their call for Sudan to overturn the convictions and repeal discriminatory legislation. Finally, we implore the international community to hold Sudan to account for its failure to uphold the right to freedom of religion or belief, as articulated in its own constitution and the international covenants to which it is party.”