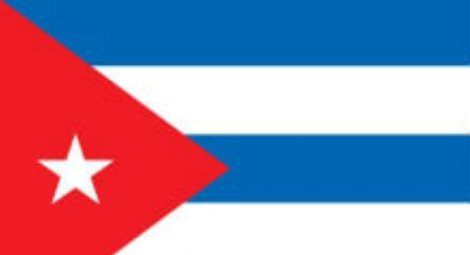 The Cuban Communist Party has notified Maranatha First Baptist Church in Holguin that it will review the order issued by local government officials to confiscate the church's property and issue its decision in October.

Maranatha First Baptist Church was first informed by local government officials in May that the property in central Holguin City, which has belonged to the church since 1947, was being confiscated by the government under new powers granted to the authorities by legislation that went into effect in January 2015. After an outpouring of public international support for the church, government officials informed the church in July that they would review the decision.

Reverend Amado Ramirez told Christian Solidarity Worldwide (CSW): “… the Office of Religious Affairs of the Central Committee of the Cuban Communist Party, through the person of Caridad Diego [head of the office], has promised us a final answer regarding the confiscation in the month of October this year. We ask all of you to continue to support us just as you have been in this just cause. We hope in the Lord that after this whole process of dialogue with the authorities in the municipality and province of Holguin, the documentation we have submitted and the contacts our President [of the Eastern Baptist Convention] has made with the maximum authorities, that we will have a positive answer and that there will be no confiscation and at the same time we will receive official permission to build the new church building that we so desire.”

A number of registered and unregistered religious groups have told CSW that other churches have also been threatened with the confiscation of their property under Legal Decree 322, which grants sweeping powers to government officials to expropriate property under the guise of new zoning restrictions and to change the status of the churches to rent paying tenants.

The Maranatha First Baptist Church, however is the only registered church to go public with their situation and is of particular importance given its large size and historic ownership of the property.

Reverend Yiorvis Bravo, who leads an unregistered church in the city of Camaguey, continues to fight the expropriation of the building which acts as the church, the religious network headquarters and his family home.

CSW testified last week at a hearing in the United States Congress on Challenges to Religious Freedom in the Americas and highlighted ongoing religious freedom violations in Cuba, including the government expropriations of church property.

CSW's Chief Executive Mervyn Thomas said, “While many hoped that the Pope’s visit to Cuba this past weekend would be accompanied by increased protections for freedom of religion or belief, the Cuban authorities do not seem interested in real improvement in this area. Human rights activists who had been invited to attend a Mass held by the Pope were forcibly prevented by the security forces from doing so and we continue to receive appeals from church leaders like Reverend Ramirez and Reverend Bravo for support in their ongoing struggle to defend their rights and retain church property. We continue to call on the Cuban government to make genuine and fundamental reforms to its system that will enshrine freedom of religion or belief in law and also urge the European Union and the United States to insist on concrete human rights improvements as they negotiate new political and economic relationships with the Castro government.”