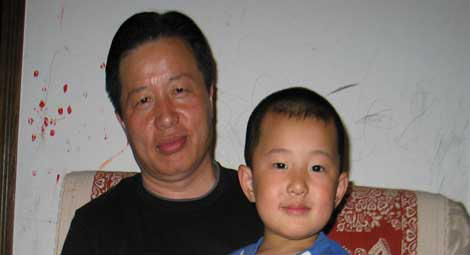 China Aid Association has issued a report alleging that Chinese human rights lawyer Gao Zhisheng has been kidnapped by the authorities, following the publication of interviews revealing that he was tortured in prison.

Two interviews with Gao, recorded after his release from prison on 7 August 2014, were released by AP and China Aid this week. In both interviews, Gao says he was tortured during his time in prison. China Aid believes he was taken away on 24 September, soon after the interviews were released.

Gao Zhisheng is a prominent Christian human rights lawyer who is best known for his work defending Falun Gong adherents, Christians, and other persecuted social groups. As a result, the government shut down his law firm and revoked his lawyer’s license.

In August 2006, Gao was illegally detained by the police and on 22 December 2006, he was sentenced to three years in prison with a probation period of five years, on the charge of “inciting to subvert the state power.” During his probation he was forcibly disappeared six times and severely tortured in detention. In April 2010, Gao disappeared again while visiting his in-laws in Xinjiang. On 16 December 2011, the Chinese news agency Xinhua reported that Gao had violated the terms of his probation and had been returned to prison for three years. Gao’s wife, Geng He, has asylum in the US where she lives with their two children.

CSW’s Chief Operating Officer Andy Dipper said, “We condemn in the strongest possible terms the torture and ill-treatment of lawyer Gao Zhisheng by the Chinese authorities. The allegations of torture put forward by Gao in these interviews must be investigated immediately and impartially and the perpetrators, regardless of their rank or position, must be held to account in accordance with Chinese and international law. We call on the authorities to release him from any form of detention and to guarantee his rights and  freedoms as a Chinese citizen.”