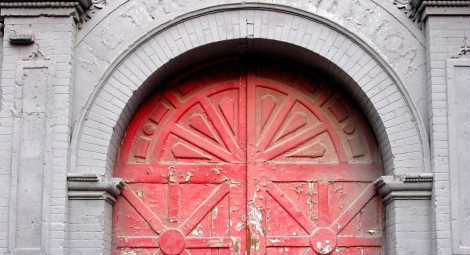 The Living Stone Church (Huoshi Church/活石教会) is an unregistered Protestant church founded in 2009 in Guiyang city, Guizhou Province. At the start there were approximately 20 members, mostly people who had migrated to the city from rural areas. They gathered in a single apartment to worship. By 2013, the church had grown to become the largest unregistered church – or ‘house church’ – in the area, with around 400 members. To accommodate its expanding membership, in 2013 the church bought a 648m2 space in the downtown Guiyang Huaguoyuan International Center (贵阳花果园国际中心) for its activities and worship services. The church’s rapid growth – it now has over 700 members – has drawn the attention of the authorities, and in recent years the authorities have monitored and interfered in church activities. Since mid 2015 the church has experienced increasingly repressive measures by the authorities, including the Religious Affairs Bureau, Civil Affairs Bureau and police. In December 2015 a number of church leaders and parishioners were detained, and on 22 January 2016 Pastor Yang Hua (Li Guozi) was arrested on suspicion of ‘divulging state secrets’.