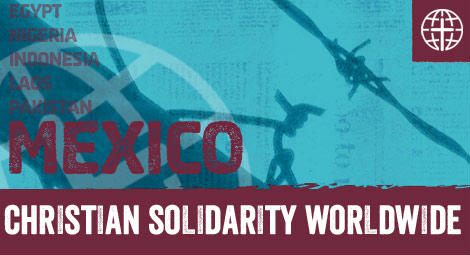 Twenty Protestant families were forcibly displaced from their homes on 26 January in Tuxpan de Bolaos, Bolaños municipality in the state of Jalisco because of their religious beliefs.

The group of approximately 50 individuals, including children, are all Baptists and members of the Huichol indigenous group. They were expelled from their homes under threat of violence on 26 January after the Mexican government failed to take measure to stop the forced displacement.

Dr. Jorge Lee Galindo, director of the Mexican religious freedom organisation Impulso 18, told Christian Solidarity Worldwide (CSW) that following a community assembly held at noon on 26 January, the Protestants were given three hours to leave the village. The group was informed that a truck would pass by their homes to remove them from the village. They were threatened with violence, specifically lynching, if they did not obey the order to leave. According to the National Baptist Convention of Mexico (NBCM), after being taken away by the truck, the group was then ‘abandoned’ in the mountains.

The NBCM transported most of them to the municipality of Puente de Camotlán, a safer municipality about an hour away from their homes, where some received shelter. The remainder are staying in the municipal capital of Bolaños. According to Humberto Bayon of Open Doors-Mexico, the group is hoping for government intervention to allow them to return home and to retain their lands.

Threats of expulsion have been ongoing since 6 December 2015, when a resolution was adopted by the village assembly stating that the Protestant members of the community would be expelled if they refused to convert to Roman Catholicism, ‘the traditional faith’. According to Dr. Lee Galindo, this violated an agreement made under a previous local government that guaranteed the Protestants’ right to freedom of religion. At the December assembly, the current village leaders stated they would not abide by any previous agreements.

According to Dr. Lee Galindo, the Jalisco State Human Rights Commission was alerted to the threats against the religious minority in Tuxpan de Bolaños in December and recommended a community dialogue to resolve the problem. State and Federal government officials were also made aware of the threats, however, no preventative measures were taken to stop the mass displacement.

CSW’s Chief Executive Mervin Thomas said, “We are deeply concerned that despite almost eight weeks’ warning, and the knowledge of explicit threats of violence and forced displacement, both State and Federal governments failed to take action to protect the religious minority in Tuxpan de Bolaños. Unfortunately, we have seen similar government inaction in repeated cases of severe violations of freedom of religion or belief in Mexico, compounded by impunity for those responsible for these crimes. Once again we call on the Mexican government, at both Federal and State level, to take swift action to facilitate the safe return of the 20 displaced Huichol families in Jalisco and to ensure that fundamental human rights, including freedom of religion or belief, are respected and upheld by the authorities at every level.”