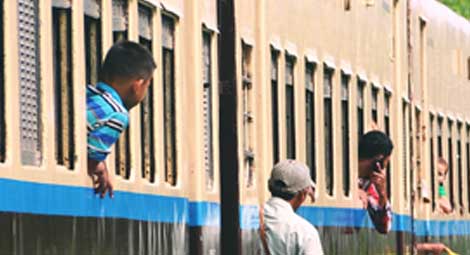 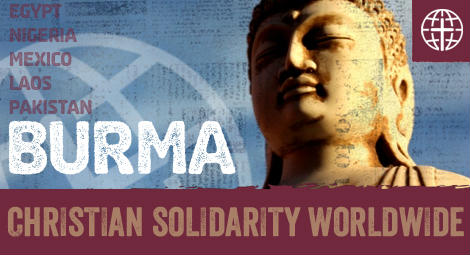 In a joint statement with Jubilee Campaign at the United Nations Human Rights Council (HRC) today, Christian Solidarity Worldwide (CSW) urged the government of Burma to repeal or amend the 1982 Citizenship Law which discriminates against the Muslim Rohingya and to promote the right to freedom of religion or belief for all.

These and other human rights concerns were echoed by a multi-religious panel at an HRC side-event on 15 March on the future for ethnic and religious groups in Burma, organised by a coalition of NGOs including CSW. The speakers included Buddhist and Muslim activists, Cardinal Charles Maung Bo and the UN Special Rapporteur on the situation of human rights in Myanmar, Professor Yanghee Lee.

Cardinal Bo said: “Whatever the perspectives – and there are, within my country, a variety of perspectives – about the origin of the Rohingya people, there cannot be doubt that those who have lived in Myanmar for generations have a right to be regarded as citizens, and that all of them deserve to be treated humanely and in accordance with international human rights.”

“We desperately need to work to defend rights without discrimination, to establish equal rights for all people in Myanmar, of every ethnicity and religion,” said Cardinal Bo, adding, “We have a chance – for the first time in my lifetime – of making progress towards reconciliation and freedom as a nation.”

CSW’s joint statement today at the HRC was delivered as part of Burma’s Universal Periodic Review (UPR) outcome review. Under the UPR process, every UN Member State has its human rights record reviewed by the wider international community. The government of Burma only fully accepted 135 human rights recommendations raised during the UPR process. Of the unaccepted recommendations, many are important to religious minorities and the realisation of the right to freedom of religion or belief, including approximately 35 recommendations addressing the rights of Muslim Rohingya.

On Monday 14 March, CSW also delivered a statement as part of the Interactive Dialogue with the Special Rapporteur on human rights in Myanmar, Professor Yanghee Lee, urging the government to repeal the race and religion laws discriminating against religious minorities and women.

Benedict Rogers, CSW’s East Asia Team Leader said: “This is an exciting and yet a critical time in Burma. The country faces at long last the arrival of a democratically elected government, and yet the military retain a very key role in the governance of the nation. There is at long last a realistic hope of change, and yet many challenges still remain. Religious intolerance and ethnic conflict are two of the major challenges for the country, and we hope that the new government will find ways to promote unity in diversity, equal rights for all, a federal solution for the ethnic conflict, action to address hate speech and prevent discrimination, and policies to promote inter-religious harmony, freedom of religion or belief, and peace. The vision for the new Burma is exemplified by the presence of a Catholic Cardinal, a Buddhist monk and a Muslim activist standing together in unity at the United Nations, saying with one voice: let’s build a Burma in which equal rights for all are protected, without discrimination”.

1. The Human Rights Council (HRC) side-event, titled “Rights without discrimination: a future reality for religious and ethnic minorities in Myanmar”, took place on 15 March. The event was co-hosted by CSW, Caritas, Pax Romana, Dominicans for Justice and Peace, Franciscans International, the Congregation of our Lady of Charity of the Good Shepherd, the World Evangelical Alliance, Jubilee Campaign and Forum Asia.

2. The Universal Periodic Review (UPR) is a four-yearly process at the United Nations (UN) during which each and every UN Member State has its domestic human rights record reviewed by the wider international community. Non-governmental organisations (NGOs) are encouraged to contribute to this process through written submissions before a Member State is reviewed. NGO submissions are then compiled into a "Stakeholder report" which is then presented to the Member State in question.

3. Click here for details of the speech delivered by His Eminence Cardinal Charles Maung Bo’s at the side-event. Copies of the other statements are available from CSW Press Office.