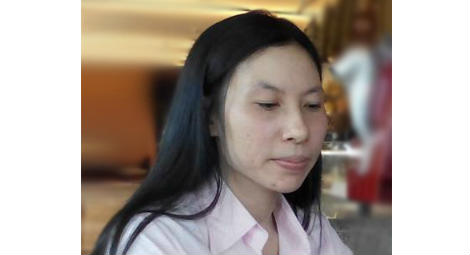 Tran Thi Hong, a Vietnamese activist and wife of imprisoned pastor Nguyen Cong Chinh, says her family was harassed by the authorities and her son arrested between 11 and 13 May.

Mrs Hong is a member of the civil society organisation Vietnamese Women for Human Rights (VNWHR) and the wife of imprisoned religious freedom activist and pastor Nguyen Cong Chinh, currently serving an eleven year prison sentence. Mrs Hong has said that official harassment of her family is becoming “intolerable”.

On 11 May several plainclothes police officers and members of the state-sanctioned Vietnam Women’s Union forced Mrs. Tran Thi Hong to go to the People’s Committee Office. They questioned her about her interaction with overseas media, her "unauthorized, unapproved, illegal" Lutheran faith and her role in Vietnamese Women for Human Rights.

She was also questioned about reports that she had made that on 14 April she was abducted from her home and beaten severely for three hours by security agents while they interrogated her about a meeting with the US Ambassador At Large on International Religious Freedom on 31 March. Mrs. Hong suffered injuries to her head, knees, legs, hands, and feet.

On 12 May, Mrs Hong was interrogated by four female officers, who pinned her to the ground and repeatedly pinched and pulled her skin. On 13 May, ten police officers arrived at her home at 6am to force her to attend another interrogation session. When her 18 year-old son tried to intervene, several officers grabbed his throat and violently choked him before binding his hands and arresting him. Mrs. Tran Thi Hong was forced to go to the police station while her other children, aged five to 13 years old, were left alone at home.

At the station, Mrs Hong was pressured to sign a statement saying that it was illegal for her to attempt to meet with the US Ambassador-at-Large. The statement also incorrectly stated that the police had never prevented Mrs. Tran Thi Hong from meeting the US delegation and had not confiscated her property. Finally, the statement stated that Mrs Hong was in violation of the law because the church where she practices is an unrecognised and “subversive” organisation. When she refused to sign, four female officers physically abused her for three hours and forced chopsticks into her mouth. She was released around noon; her son was released later that day.

CSW’s Chief Executive Mervyn Thomas said, “We condemn the torture, ill-treatment and harassment of Tran Thi Hong and her family by the Vietnamese authorities. Rather than apologising and compensating Mrs Hong for the injuries she sustained on 14 April, the authorities have continued to harass her family, interrogate and detain her against her will, and use physical abuse to try to force her to sign a false statement of guilt. We call on the authorities to cease all harassment of Mrs Hong and her family, to investigate immediately and impartially reports of torture in custody, and to uphold the right of Mrs Hong and her family to practice their faith without harassment, in accordance with the right to freedom of religion of belief.”