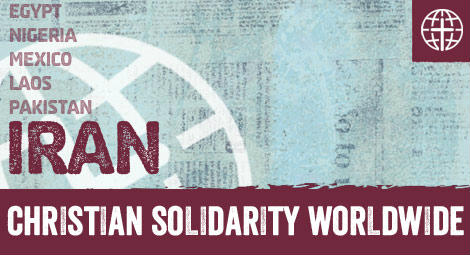 Yasser Mossayebzadeh, Saheb Fadaie and Mohammadreza Omidi (Youhan), who were arrested on 13 May in Rasht, Iran, remain in custody after exorbitant bail amounts were set for them.

The men were arrested as part of a series of raids targeting the homes of church members by Iranian intelligence (VEVAK) officers, who seized computers, mobile telephones and bibles.

Mr Mossayebzadeh was arrested during a raid on the home of Pastor Nadarkhani, the Church of Iran pastor acquitted of apostasy in 2012, who was also detained briefly along with his wife, Tina Pasandide Nadarkhani. Saheb Fadaie and Mohammadreza Omidi (Youhan) were summoned to VEVAK offices by telephone prior to raids on their homes.

While Mr and Mrs Nadarkhani were released on 13 May, the three men are still in Lakan Prison near Rasht pending payment of bail. The reasons for their arrests remain unclear as charges are yet to be proffered. All three are married; Mr Fadaie has an eight year old daughter, and Mr Omidi has two teenage daughters aged 13 and 15.

The men were briefly detained in February 2015, following similar raids. Mr Omidi was initially detained in December 2012, during the annual crackdown on churches. In 2013, he was one of four Christians sentenced to 80 lashes each after they were charged with drinking alcohol during a communion service and possessing a receiver and satellite antenna.

Firouz Khanjani, a member of the National Council of the Church of Iran, said:  “With Iran re-entering the international fold we were hoping for improvements in human rights situation, but it is now clear that no improvement has taken place.”

Mervyn Thomas, Chief Executive of Christian Solidarity Worldwide, said: “Unfortunately the authorities appear to be resorting once again to a tried and tested policy of demanding excessive bail designed primarily to cripple members of the Christian community economically and to delay the release of detainees.  By setting such exorbitant bail amounts without proffering substantiating charges the Iranian authorities merely seek to punish these men. CSW deplores the return of exorbitant bail demands for the temporary release of detainees who have committed no crime and urges the Iranian authorities to cease this practice. We also call for the immediate release of Mr Mossayebzadeh, Mr Fadaie and Mr Omidi, who continue to be held without charge, and for Iran to ensure that justice and equality before the law are guaranteed to all citizens, regardless of their religion or belief."