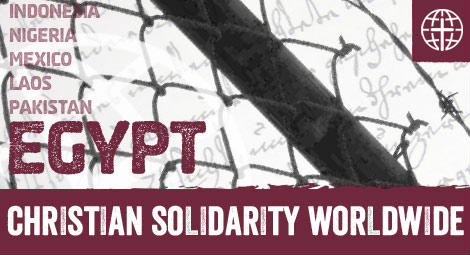 Seven Coptic families lost their homes and an elderly woman was stripped and beaten during an outbreak of sectarian violence in Upper Egypt on 20 May, according to Church sources.

Violence erupted in Al-Karm Village, El-Minya Province, following rumours of an alleged relationship between a local Christian man and a Muslim woman. The man fled the village after facing significant harassment and his family lodged a complaint at Abu Kourkas Police Station on 19 May after receiving threats indicating they would be attacked the next day.

At approximately 8pm on 20 May around 300 armed men began attacking Christians in the village,  looting and setting fire to seven homes and causing an estimated LE350,000 (around $39,400) worth of damage, according to a statement issued on 25 May  by His Grace Bishop Makarios, General Bishop of the Diocese of Minya.

During the attack, the man’s elderly mother was stripped naked and dragged into the street where she was beaten while her home was razed to the ground. Some reports indicate the beating only stopped when she managed to roll under a nearby vehicle, and another woman gave her clothing with which to cover herself.  The police reportedly arrived at scene around 10pm and arrested six men. In his statement the Bishop explained that the lady was only able to report her own ordeal to the police five days later, as she initially found it too difficult to ‘swallow the humiliation’.

As news emerged of the attack, His Holiness Pope Tawadros II, head of the Coptic Orthodox Church, issued a statement urging restraint and coexistence, adding that he is following up the case with security and state officials, who had given assurances of bringing the perpetrators justice. President Abdel-Fattah el-Sisi issued a statement ordering officials to hold the perpetrators to account, to preserve public order and to protect citizens and their property. He also instructed the governor of Minya Province to coordinate with the armed forces to reconstruct the damaged property within a month at the state’s expense. Al-Azhar, Sunni Islam's foremost religious institution, also denounced the attacks and announced that members of Beit al-A'ila (House of the Egyptian Family), an interfaith initiative to promote tolerance and militate against sectarianism, would be visiting the area.

Commenting on Bishop Makarios' statement and recent incidents, His Grace Bishop Angaelos, General Bishop of the Coptic Orthodox Church in the United Kingdom said: “It is indeed shameful that such mob crimes can be perpetrated against innocent communities at all, of whatever faith or ethnicity, and especially as a result of slanderous and unsubstantiated rumours; and that an elderly mother could be so publicly and indecently humiliated. What is also unacceptable is the utter disinterest (at best) and/or complicit and criminal negligence (at worst) with which the local security services conducted themselves, and the Minya Governor’s denial that these crimes occurred. Egypt is at a formative stage of its contemporary history which requires a robust system of law and order that underpins an ethos of equal citizenship and accountability. Any such steps taken at the national level are severely hampered and undermined by these recurring failures at the local level.”

Mervyn Thomas, Chief Executive of Christian Solidarity Worldwide (CSW), said: “We are deeply concerned to hear of the violence in Upper Egypt and are particularly appalled by the attack on a vulnerable elderly woman. Our hearts are with her and we pray for her speedy recovery from this deeply traumatic experience. For men to launch such a brutal and reprehensible attack on a defenceless senior citizen is cowardly, inexcusable, and far more dishonouring of the character of the perpetrators than of the victim. While the responses of President Sisi and Al-Azhar are deeply gratifying and encouraging, it is vital for local authorities to be held to account from now onwards for failing to provide adequate and timely protection to vulnerable communities, in order to ensure a definitive end to the impunity enjoyed by perpetrators of sectarian violence.”