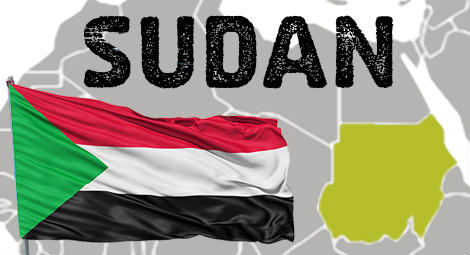 Reverend Kuwa Shamal, a minister of the Sudan Church of Christ, was re-arrested by the police on 24 May.

Reverend Kuwa Shamal, a minister of the Sudan Church of Christ, was re-arrested by the police on 24 May.

Reverend Shamal had been reporting daily to the National Intelligence and Security Service (NISS) offices as a condition of his release, following his initial arrest in December 2015 during a crackdown by the authorities on Christians in the country.

His reporting conditions had been removed on 16 January 2016 but were reinstated in February 2016, when he was also required to hand over his passport, laptop computer and other personal items to NISS. On 24 May, he reported to NISS as usual, but was arrested unexpectedly by the police and his case is now with the prosecutor.

Reverend Shamal's arrest follows the transfer of his colleague Reverend Hassan Abduraheem from the detention of NISS to the Attorney General’s custody on 9 May.

Lawyers representing Reverend Abduraheem have confirmed that a criminal investigation has been initiated by the prosecutor, who may charge him with national security crimes. The lawyers also confirmed that Reverend Shamal has been added to the prosecutor's investigation. The lawyers expressed concern at the conditions in which the men are being detained, noting that the clergymen are being held in small rooms with intermittent electricity supply and limited ventilation.

Both Reverends Shamal and Abduraheem are from the Nuba Mountains in South Kordofan, an area where since 2011 the Khartoum government has conducted an indiscriminate campaign of aerial bombardment in its war against the Sudan People’s Liberation Movement – North (SPLMN), causing multiple civilian deaths and destroying humanitarian structures.

Christian Solidarity Worldwide’s Chief Executive Mervyn Thomas said, “We are deeply concerned by the re-arrest of Reverend Kuwa Shamal. The Reverend has complied for months with NISS’s requirement that he reports daily to their offices, even though he had not been charged with any crime. His treatment and that of Reverend Abduraheem are indicative of a government campaign to harass and restrict the rights of the Christian community. These developments and the ongoing detention of Reverends Abduraheem and Shamal also raise concerns regarding Sudan's compliance with fair trial principles, articulated in the 2005 interim constitution and the country's international obligations. We urge the authorities to end the judicial harassment of the Christian community and to uphold the right to freedom of religion or belief for every citizen. We also call on the Sudanese authorities to rectify any derogation from constitutional and international fair trial principles and ensure that the men are detained in a safe and habitable environment."

1.   In December 2015, Reverends Shamal and Abduraheem were arrested at their homes in Khartoum Bahri and Omdurman respectively.