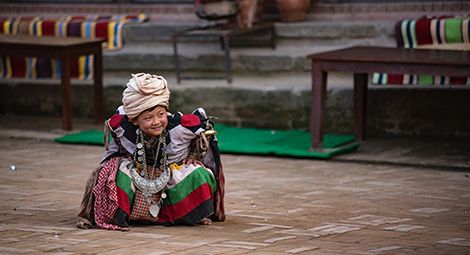 The right to freedom of religion or belief is of particular importance in Nepal in light of the country’s recent transition from a Hindu monarchy to a secular democratic republic.

While the new constitution, promulgated on 20 September 2015, established Nepal as a secular state, it does not fully protect freedom of religion or belief.1

Article 26(3) of the constitution states:

No person shall, in the exercise of the right conferred by this Article, do, or cause to be done, any act which may be contrary to public health, decency and morality or breach public peace, or convert another person from one religion to another or any act or conduct that may jeopardize other’s religion and such act shall be punishable by law.2

Under this clause, talking about one’s faith to a person of another faith could be construed as an act that may ‘jeopardize other’s religion’, and as an attempt to ‘convert another person from one religion to another’, something which is to be punishable by law. This endangers two fundamental rights of every individual which are guaranteed in international law: firstly the right to enjoy full freedom of expression, and secondly the right to follow a religion of his or her own choice and to manifest that religion in word and action.

You can download and read the full briefing here (pdf).