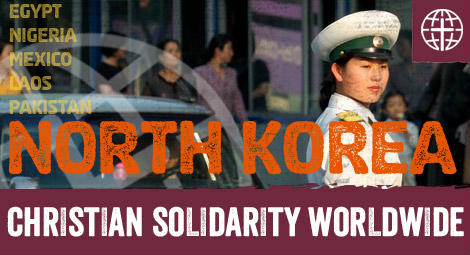 "Total Denial: Violations of Freedom of Religion or Belief in North Korea"

The Democratic People’s Republic of Korea (DPRK), also known as North Korea, remains a uniquely isolated and repressed state in an increasingly interconnected global community. The isolation is maintained by multi-faceted aspects of the security and political situation, and confines the people of North Korea to a monolithic system of control by the dynastic Kim family. The hardships suffered by the North Korean people spanned decades, and the regime’s abuse of their rights continues unchecked.

The gravity and extent of these abuses were exposed in the groundbreaking United Nations Commission of Inquiry (COI) report on human rights in North Korea,1 published in February 2014 after a year-long investigation. The report calls for accountability for the widespread and grave violations of human rights in North Korea, states that these violations amount to crimes against humanity, and calls for a referral to the International Criminal Court (ICC) for prosecution for these crimes.

Christian Solidarity Worldwide (CSW) has long expressed deep concern about the egregious human rights situation endured by the North Korean people. CSW’s report, North Korea: A Case to Answer, A Call to Act,2 written in association with REDRESS and published in 2007, presented a legal analysis that the violations of human rights amount to crimes against humanity, and recommended that a COI be established to investigate these crimes. Both the COI’s and CSW’s reports document violations of the right to food, life, freedom of expression, freedom of religion or belief, freedom of movement, as well as various violations associated with prison camps. Torture and inhuman treatment, arbitrary detention, discrimination, and enforced disappearances – including in the form of abductions of nationals of other states – are also documented.