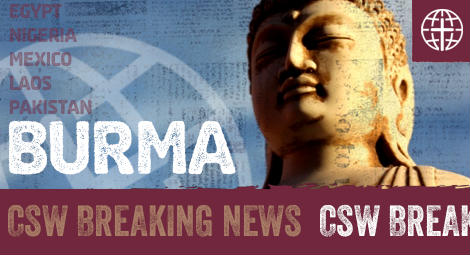 Christian Solidarity Worldwide (CSW) today calls on the Rakhine (Arakhan) State Government, Burma, to halt plans to demolish more than 3,000 buildings associated with the Rohingya population on the pretext that they have been built illegally. This includes 12 mosques and 35 madrasas in the Muslim-majority townships of Maungdaw and Buthidaung.

The demolition order was announced on 18 September by Rakhine State’s Security and Border Affairs Minister, Colonel Htein Lin, and later confirmed by Maungdaw District General Administrator U Ye Htut. The Myanmar Times reports that at a press conference on 24 September, Colonel Htein Lin said that buildings in Maungdaw will be the first in Rakhine State to be examined for their legality and that no demolitions have started yet.

In a joint statement on 23 September, local and international Rohingya Muslim groups stated that the plans have “caused consternation to the entire Rohingya community,” adding that “this demolition project is part of their [Rakhine State Government’s] long-drawn-out annihilation and ethnic cleansing policy of the defenceless Rohingya people.”

The statement calls for a halt to the demolition plans, for the protection of religious sites and for the right to freedom of religion or belief to be upheld. Other calls include for basic freedoms to be restored to the Rohingya Muslim community in Rakhine State, the lifting of aid restrictions and the restoration of internally displaced persons to their homes and properties.

The Rohingya in Burma were stripped of their right to vote in Burma’s 2015 election, excluded from the most recent national census, and continue to be denied their legal right to citizenship. In a statement to the United Nations Human Rights Council in May 2016, CSW urged the government of Burma to repeal the 1982 Citizenship Law and guarantee the right to freedom of religion or belief for all.

Recent years have seen a dramatic escalation of human rights abuses, repression, discrimination and violence against the Rohingya. An estimated 150,000 people have been displaced and are living in camps which have been described by senior United Nations officials as having some of the worst conditions in the world. Over 100,000 Rohingya, more than ten percent of the population, have fled the country in the face of increasing repression, of whom thousands are believed to have drowned fleeing by boat.

CSW’s Chief Executive Mervyn Thomas said, “We are deeply concerned by the proposal to destroy mosques and madrasas in Rakhine State and urge the government of Burma to desist from any such action. Destroying these buildings would only further stoke tensions in the country and fuel the persecution of an already severely marginalised and dehumanised people group. We call on the government of Burma to uphold and protect freedom of religion or belief for all. We also urge the government to lift the block on humanitarian aid access to parts of Rakhine state, as well as Kachin and northern Shan States, and to ensure that all those displaced by conflict receive the humanitarian aid they urgently need. For that reason, we have launched a new phase of our Real Change for Refugees campaign – Real Change Burma.”