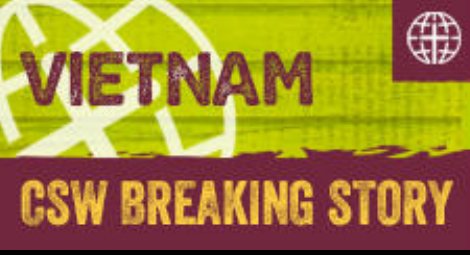 On 18 November 2016 Vietnams 14th National Assembly passed the nations first ever Law on Belief and Religion, amid concerns that multiple drafts of the Bill did not conform to international standards on freedom of religion or belief.

Although the final text has not yet been made public, it is not expected to have altered significantly from previous drafts. The text of the law has been revised numerous times. Some improvements to the draft were made during the revision process, possibly in response to the feedback offered by religious communities. However, these improvements, and the inclusion of basic guarantees of the right to freedom of religion or belief, were undermined by onerous registration requirements and excessive State interference in the internal affairs of religious organisations.

In a joint statement published prior to the passing of the law, Christian Solidarity Worldwide (CSW) and the Vietnam Committee on Human Rights (VCHR), together with over 50 civil society organisations and Vietnamese religious groups called upon the Vietnamese Government to ensure that registration is not a pre-requisite for the exercise of freedom of religion or belief.

The statement echoed comments made by the UN Special Rapporteur on Freedom of Religion or Belief, Professor Heiner Bielefeldt, after his visit to Vietnam in 2014, that, “registration should be an offer by the State but not a compulsory legal requirement”.

The statement also called on the government to remove ambiguities in the law which leave space for discrimination and abuse, and to bring its definition of religion in line with Article 18 of the ICCPR, to which Vietnam is a state party.