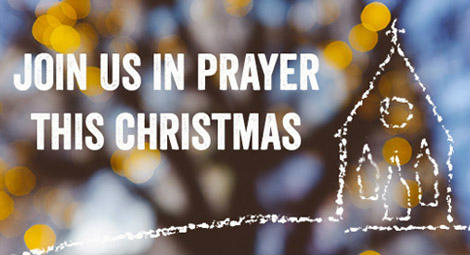 Join us in prayer this Christmas

Happy Christmas! We hope that you are having a peaceful and joyful Christmas. Thank you so much for praying with us this year: prayer is a vital part of our work and we’ve seen God move in some amazing ways following your prayers this year. Because you prayed so faithfully, people like Pastor Behnam Irani and Rev Yat Michael and Rev Peter Reith will see out the end of the year in freedom.

However, during the Christmas period, many more of the people we work with are especially in need of your prayers. In many countries Christmas is marked by fear and uncertainty as well as hope and wonder. Please take five minutes this Christmas to remember those who are not able to worship in freedom.

Below, you’ll find some information to guide your prayers.

This Christmas, please pray for: