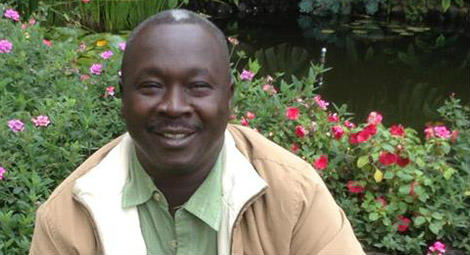 Reverend Kuwa Shamal, one of four men on trial in Sudan for national security-related crimes, was released from prison on 2 January 2017, after the trial judge concluded there was no evidence against him and dismissed the charges.

However the judge confirmed the charges against Reverend Hassan Abduraheem, Mr Petr Jašek and Mr Adbulmonem Abdumawla, whose trial is set to continue. A hearing has been scheduled for Monday 9 January 2017, when the defence teams will present their cases.

The case against the men centres on the provision of funds for the medical treatment of Mr Ali Omer, a young man from Darfur who was injured in a demonstration in 2013. After learning of Mr Omer’s plight, Mr Jašek travelled to Khartoum in December 2015 to meet him and donate $5000 toward his treatment. The meeting was facilitated by Reverend Abduraheem, who Mr Jašek met at an international conference in November 2015, and Mr Abdumawla, who is a friend of Mr Omer’s and had been collecting funds for his treatment.

As he was leaving Sudan, Mr Jašek was searched at Khartoum Airport by National Intelligence and Security Service (NISS) agents, who found a receipt for the $5,000 donation, signed by Reverend Abduraheem and Mr Abdumawla. They arrested Mr Jašek and confiscated his personal belongings, including his mobile phone, laptop and camera.

The prosecution alleges that the $5,000 Mr Jašek donated to Mr Omer’s treatment was in reality support for rebel movements in the South Kordofan, Blue Nile and Darfur regions. By framing the case in this manner, NISS has attempted to exploit the fact that Reverends Abduraheem and Shamal are originally from the Nuba Mountains in South Kordofan and Mr Abdumawla is from Darfur.

The trial, which started in August 2016 had been subject to several postponements and delays. On 26 December 2016, the prosecution called their final witness and concluded their case. On 28 December 2016, the trial judge questioned the four defendants and adjourned the proceedings in order to decide whether the trial should continue.

Christian Solidarity Worldwide's (CSW’s) Chief Executive Mervyn Thomas said, "CSW welcomes the judge's decision to release Reverend Shamal after finding no evidence against him. However we are disappointed that the trial of Reverend Abduraheem, Mr Jašek and Mr Abdumawla continues despite being based on the same evidence that was deemed to be insufficient in Reverend Shamal's case. In reality, none of them have committed the serious crimes with which they have been charged. We urge the Sudanese government to ensure the immediate and unconditional release of these men, who have been detained since December 2015, simply for an act of kindness."