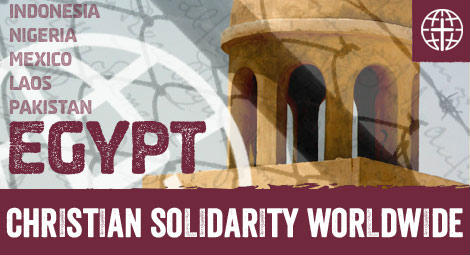 Egypt: Freedom of Religion or Belief

Since the revolution of 25 January 2011, the human rights situation in Egypt has worsened progressively.

This deterioration has occurred against a backdrop of rising terror attacks throughout the country and economic deterioration severe enough for the IMF to provide Egypt with USD12 billion, the largest loan ever received by an Arab nation.

The threat of terrorism is concentrated in the Sinai Peninsula, where the government is engaged in counter-insurgency against terror groups, including the Daesh (Islamic State, IS) affiliate Ansar Beit Al-Maqdis. While this terrorist threat regularly claims the lives of police and army officers along with civilians, special measures introduced in response to it have occasioned a grave deterioration in human rights, including restrictions on the right to freedom of association, freedom of expression and freedom of religion or belief (FoRB).

A repression of human rights in the name of counter terrorism has included a crackdown on civil society, with non-governmental organisations (NGOs) and human rights defenders experiencing what some in Egypt have described as the worst assault in history, and which has drawn criticism from the United States Secretary of State, the United Kingdom Foreign and Commonwealth Office (FCO, which has made Egypt a human rights priority country), the Federal Foreign Office in Germany, and the United Nations High Commissioner for Human Rights.