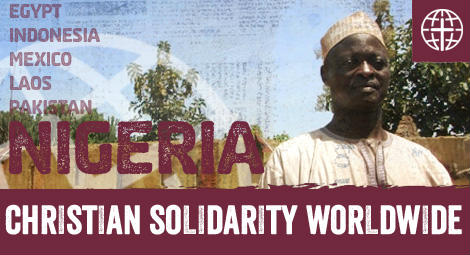 At least 21 dead in Fulani raids in Kaduna State

Heavily-armed Fulani herdsmen carried out raids on communities in Kaduna State, central Nigeria, on 19 and 20 February, destroying homes and claiming at least 21 lives.

Hundreds of militia men reportedly descended on Bakin Kogi in the Kaninkon Chiefdom of Jema’a Local Government Area (LGA) in southern Kaduna State during the evening of 19 February, burning down houses, killing at least seven people and leaving scores more injured. Pictures allegedly taken at the scene of the attack and seen by Christian Solidarity Worldwide (CSW) include two beheaded corpses of young men.

In the early hours of 20 February, Fulani gunmen killed 14 people during simultaneous attacks on the villages of Mifi and Ashim in Kaura LGA in the Attakad Chiefdom.  Victims included women and children, and were aged between eight and 73.  The herdsmen are also reported to have engaged in fierce gun battles with soldiers and mobile policemen who eventually moved in to quell the attacks.

Fulani herder attacks on non-Muslim communities in the central Nigerian states of Kaduna, Plateau, Bauchi, Taraba and Benue, which have been ongoing since 2010, spiralled in May 2015, with States experiencing intense cycles of violence. According to a report by analysts SB Morgen Intelligence (SBM), by mid-December 2016, a total of 1,425 people had died in attacks launched by herdsman on these States.

For over a year, southern Kaduna State has once again been the main focus of the herder campaign, with four of its eight LGAs suffering regular attacks. According to the Catholic Diocese of Kafanchan, by late December 2016, 808 people had died in attacks on 53 villages in the area. A statement issued in November 2016 by the Evangelical Church Winning All (ECWA) denomination put the number of people displaced by violence since 2013 at over 20,000.  Several villages in the area have reportedly been occupied by Fulani militia, their cattle and their families, including 16 in the Attakad Chiefdom.

In an initiative heralded as a means of ending the violence in southern Kaduna, Governor Nasir el Rufai claimed in early December 2016 to have traced and compensated foreign herdsmen whom he alleged were attacking communities in southern Kaduna to avenge the deaths of their kinsfolk during electoral violence in 2011.  However, days later, gunmen descended on Goska Town during a dawn to dusk curfew, killing eleven people on Christmas Eve 2016.

The State government has responded to the latest killings by relocating the Army Commander and Police Commissioner to southern Kaduna, ostensibly to coordinate the response to “bandits.” However, it has also accused church leaders, activists, journalists and even traditional rulers seeking to raise awareness about the violence, of committing hate speech, incitement and attempting to secure foreign funding. Several have been taken in for questioning or briefly detained.  On 17 February, activist and lawyer Audu Maikori, who had mistakenly tweeted a false report before retracting it and apologising unreservedly, was arrested in Lagos and flown to the Abuja, where he was  detained overnight on a warrant reportedly issued in Kaduna.

CSW’s Chief Executive Mervyn Thomas said, “Our thoughts and prayers are with the people of southern Kaduna at this deeply worrying time. It is both inexplicable and unacceptable that communities in central Nigeria continue to face ethno-religious cleansing years after this militia began its deadly campaign. The fact that the attacks occur despite a military presence and the imposition of a curfew makes it difficult to envisage how relocating key security officials to the area will have any substantial effect. The relentless death and destruction is a sad indictment of the continuing failure by the government to fulfil its primary mandate of protecting citizens.  Instead of targeting clergy, traditional rulers and  civil society for speaking on behalf of victims, the Kaduna State Government should instead expend  its energy and resources on  tracing, disarming and prosecuting the perpetrators of these massacres, while also compensating and caring for survivors, providing humanitarian assistance to the displaced, and restoring  occupied  lands to their rightful owners.“