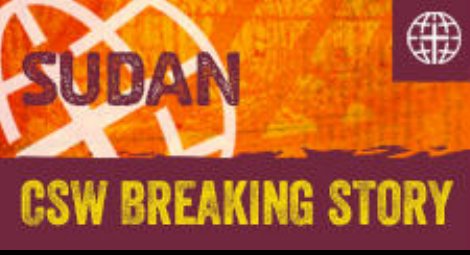 Czech national and humanitarian worker Mr Petr Jašek, who was convicted of espionage and several other crimes alongside Sudanese clergyman Reverend Hassan Abduraheem and activist Abdulmonem Abdumawla, has received a Presidential pardon and been released from prison.

Mr Jašek was pardoned by President Omar al-Bashir on 23 February and released from Kober maximum security prison on 24 February. The decision was announced by Sudan’s Foreign Minister Ibrahim Ghandour at a joint press conference with Czech Foreign Minister Lubomir Zaoralek on 26 February. Shortly after the press conference Mr Zaoralek left Sudan together with Mr Jašek. However, Mr Jašek’s co-defendants, Reverend Abduraheem and Mr Abdumawla were not pardoned and remain in Kober maximum security prison.

Mr Jašek was sentenced to life imprisonment for espionage on 29 January, which amounts to a minimum 20-year term, and received an additional three and a half year sentence and a (USD) $15,000 fine for entering and photographing military areas; inciting hatred between sects; propagation of false news; entering the country illegally; and violating Articles 8 and 23 of Sudan's Volunteer Act.

Judge Osama Ahmed Abdulla also found Reverend Abduraheem and Mr Abdumawla guilty of assisting Mr Jašek in committing espionage and sentenced them to ten years imprisonment each. Both men were given additional two year sentences for inciting hatred between sects and the propagation of false news.

The case against the three men centred on the provision of $5,000 for the medical treatment of Mr Ali Omer, a Darfuri student who was severely injured during a student demonstration in 2013. The prosecution alleged the $5,000 donated by Mr Jašek for Mr Omer’s treatment was in reality support for rebel movements in the South Kordofan, Blue Nile and Darfur regions. By framing the case in this manner, NISS attempted to exploit the fact that Reverend Abduraheem and a former co-defendant, Reverend Shamal, are from the Nuba Mountains in South Kordofan, while Mr Abdumawla is from Darfur.

Lawyers representing the three men submitted an appeal against the judgement and sentences on 9 February. The Presidential pardon is a discretionary power and its exercise is not connected to the legal appeal process. As Mr Jašek is the only one to be pardoned, the other men will have to remain in prison as they await the decision on their appeal.

The case further illustrates the politicization of the criminal justice system by the National Intelligence and Security Services (NISS) which, under the pretext of investigating national security crimes, has brought charges against members of the political opposition, human rights defenders and leaders of minority religions, as occurred in the case of Reverends Yat Michael and Peter Reith in 2015.

Christian Solidarity Worldwide’s Chief Executive Mervyn Thomas said: “Whilst we are pleased that Mr Jašek has been pardoned and released after 14 months of detention, we continue to call for the immediate and unconditional release of Reverend Abduraheem and Mr Abdumawla. It is deeply regrettable that the amnesty granted to Mr Jašek was not extended to his co-defendants, particularly in view of the fact that the case against them was predicated on his alleged actions and conviction. These men remain in a maximum security prison despite the evidence against them being so weak that the case should not have proceeded to trial, let alone resulted in such lengthy convictions. As Mr Jašek returns to be with his family, CSW calls on the Sudanese Government to review and overturn the verdict and sentences given to Reverend Abduraheem and Mr Abdumawla. We also call on the European Union to urge Sudan to expedite the release of the men so that they too can return to their families."