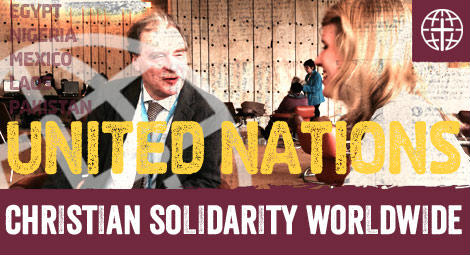 CSW urged the UN to take immediate action to stop the Burma Armys campaign of ethnic cleansing against the Rohingya.

CSW called on the UN Human Rights Council to introduce targeted measures to put pressure on the military in Burma, in particular, a global arms embargo and the suspension of military training programmes for the Burma Army. CSW also urged the UN Human Rights Council to pass a resolution calling for an end to civilian deaths and immediate humanitarian access to all in need, regardless of their religion or ethnicity.

CSW’s Chief Executive Mervyn Thomas said: “The scale of the tragedy unfolding on the Bangladesh-Burma border in the past three weeks is truly appalling. The international community must act to stop a campaign of ethnic cleansing which involves the displacement of at least 400,000 civilians, the killing of thousands and the destruction of hundreds of villages. The Burma Army is responsible for this crisis and must be called to account.”

“Over the past six years Burma, including the military, began a period of fragile reform and democratisation, and we have welcomed measures to encourage transition. At this time, however, we believe the crisis is so severe that it is vital that a strong message is sent to the military that it cannot be allowed to continue killing indiscriminately. The Commander-in-Chief of the army, Senior General Min Aung Hlaing, is the one person with the power to stop this, and action is needed by the international community to put pressure on him to do so.”

The Rohingya are described as one of the most persecuted minorities in the world, and are stateless as a result of a Citizenship Law introduced in Burma in 1982 which revoked their citizenship, even though they have lived in Rakhine State, Burma for generations. In 2012, violence in Rakhine State left thousands displaced, and in October 2016 the Burma Army launched a new military offensive against civilians in Rakhine after a small armed Rohingya group, the Arakan Rohingya Salvation Army (ARSA), attacked Burmese border guard posts.

Mr Marzuki Darusman, the Chairperson of the Independent International Fact Finding Mission on Burma, which reported to the Human Rights Council today, has appealed for an extension of the Fact Finding Mission’s mandate to September 2018, as well a “full and unfettered” access to the country: “It is important for us to see with our own eyes the sites of these alleged violations and abuses and to speak directly with the affected people and with the authorities.”

The United Nations Security Council also met on 30 August and 13 September to discuss the Rohingya crisis. For the first time in nine years, all 15 members of the Security Council issued a joint statement expressing deep concern about the situation in Rakhine State and called for immediate steps to end the violence and de-escalate the situation.

Mervyn Thomas added: “The crisis in Rakhine is not Burma’s only human rights issue, although it amounts to the worst human rights emergency in many years. As we call on the world to respond to this crisis, it is also important to remember that the Burma Army is also continuing to conduct an offensive against the predominantly Christian Kachin people in northern Burma, and has intensified attacks on Shan and other ethnic minorities, resulting in over 100,000 displaced in Kachin and northern Shan states. The Burma Army must not be allowed to continue these attacks with impunity. We want Burma’s fragile transition to democracy to succeed, but that means ending attacks on civilians, working for genuine peace, protecting freedom of religion or belief and ensuring that the basic human rights of all people in Burma are respected.”