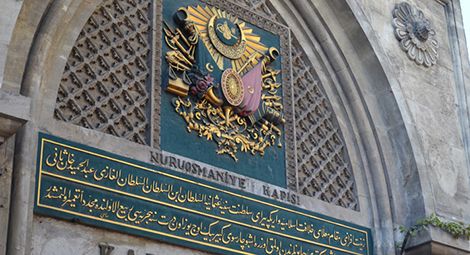 The president of Turkey has suggested an American pastor, who has been in jail for over a year, could be released in exchange for the extradition from the United States (US) of the head of an Islamic religious and social movement.

Pastor Andrew Brunson has been in detention in Turkey since 7 October 2016, when he and his wife were summoned by the local police in Izmir and accused of being a “threat to the national security”, with no further details supplied. While his wife was eventually released, Pastor Brunson was brought before a court on 9 December and informed he would be imprisoned due to his alleged links to the Gulen movement, the organisation deemed responsible for an attempted military coup in July 2016. The court did not reveal the source of this accusation.

Pastor Brunson was initially held in an immigration detention facility, where he was denied family visits and access to a bible, before being transferred to a prison in Izmir. An appeal against his imprisonment was turned down on 29 December, and a fresh one is expected to be launched at a higher court.

Speaking at his presidential palace in Ankara on 29 September President Recep Tayyip Erdogan appeared to express willingness to negotiate the release of Pastor Brunson with the American government in exchange for the extradition of Turkish-American Muslim Scholar Fethullah Gulen, founder of the Gulen movement. Gulen who has been living in Pennsylvania, USA for several decades, has repeatedly denied having links with the coup and has expressed a willingness to stand trial outside Turkey.

The situation of human rights has continued to deteriorate in Turkey in the aftermath of the foiled coup, and as the nation has faced a growing terrorist threat. Thousands of journalists, academics, activists, writers, teachers, judges and thinkers have been detained since the attempted coup, accused of being “traitors and collaborators against national interests”.

The pastor’s case occurs against the backdrop of a surge in anti-Christian sentiments in pro-government media. Many foreign church workers have been expelled following baseless claims and Christians increasingly report experiencing verbal or physical abuse and intimidation from members of the public and from government officials. On 8 October 2016, a Protestant Church in Antakya province was shut down for holding “unauthorised bible studies”. On 23 June 2017, the Turkish media outlet Agos reported that authorities in Mardin Governate had expropriated churches, monasteries and other real estate belonging to the Syriac community.

Christian Solidarity Worldwide (CSW) Chief Executive Mervyn Thomas said, “Pastor Brunson led a church in Izmir for over 23 years with the full knowledge of the authorities. No evidence has been presented linking him to the Gulen movement, and it is both disturbing and unacceptable that his release is being tied to Mr Gulen’s extradition. We urge the government of Turkey to release the pastor and allow him to return home.  We also urge the government to respect and implement Turkey’s comprehensive legislation protecting religious freedom, to facilitate the return of appropriated church-owned properties and to ensure the observance of due process in all cases that impact the right to freedom of religion or belief.”