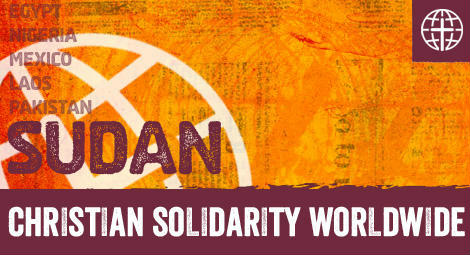 Sixty Christian and Muslim parents protested outside the Council of Ministers in Khartoum on 10 September.

Sixty Christian and Muslim parents gathered outside the Council of Ministers in Khartoum on 10 September, to protest against an order requiring Christian schools to open on Sundays.

The parents, whose children attend Christian schools in Khartoum, were protesting what they consider to be an unjustified restriction of the right to freedom of religion or belief that  is part of a wider pattern of repression targeting the Christian minority in Sudan.

A parent who spoke to Christian Solidarity Worldwide (CSW) on condition of anonymity said: “These schools are not running for profit. They provide a good education for all children without discrimination; 95% of the students are Muslim”.

The parent went on to explain that the government requires Christian schools to teach girls and boys separately, and restricts the activities the school organises: “At my children’s school, morning hymns were cancelled even though the school chose non-religious songs that speak of tolerance and peace.”

The day before the demonstration, one parent was detained while distributing posters, and several were questioned by National Intelligence and Security Service (NISS) agents during the protest.

Christian schools, which are among the oldest in Sudan, have customarily closed on Sundays to allow staff and Christian students to observe a day of worship. In July, the Khartoum State Ministry of Education ordered Christian schools in the state to open on Sundays and observe their weekend break on Friday and Saturday. The order was rejected by the Khartoum State Parliament on 1 August. Deputy Speaker Mohammed Hashim stated there was no evidence that closing schools on Sundays had a negative effect on academic performance. However, the Minister of Education, Farah Mustafa, said that he was aligning all schools to the calendar adopted by the Council of Ministers.

In August, a group of lawyers submitted a request to the Ministry of Education for a written copy of the order. They received a response in September stating that Christian schools were not required to open on Sundays, but must observe the official weekend, which is Friday and Saturday, and remain open for 169 days of the year.

CSW’s Advocacy Director Joel Edwards said: “The order requiring Christian schools to observe the official weekend and remain open for 169 days each year effectively blocks the possibility of observing Sunday as a day of worship and constitutes an unacceptable infringement on the right of Sudan’s Christian community to freedom of religion or belief.  We condemn the detention and questioning of parents who were merely exercising their rights to freedom of expression and assembly, and urge the Sudanese government to ensure that the right of peaceful assembly and association is protected. We urge the Sudanese government to take seriously its commitment to uphold, respect and protect freedom of religion or belief, to work towards resolving this issue, and to prevent all further violations of this right in the educational setting.”