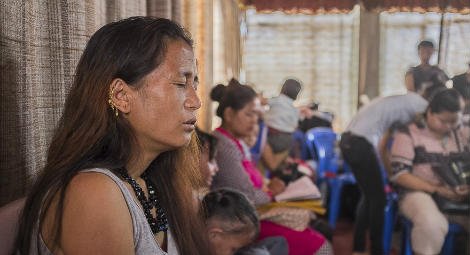 A Criminal Code Bill, which includes clauses that criminalise religious conversion and the ‘hurting of religious sentiment’, was signed into law on 16 October by Nepali President Bidhya Devi Bhandari.

The Bill was passed by the Nepali parliament on 8 August. Human rights defenders had appealed to the president to not sign the Bill into law.

Pastor Tanka Subedi, founding member and chair of Dharmik Chautari Nepal and Religious Liberty Forum Nepal (RLF) said: "We are deeply saddened that this Bill is now law. Our appeals to the president and other policy makers to amend this have been ignored. Nepali government have taken a regressive step as this law severely restricts our freedom of expression and our freedom of religion or belief".

The Bill was signed on the same day that the UN General Assembly elected Nepal as one of 15 new members of the UN Human Rights Council. It will be Nepal’s first time to hold this role and it is due to start its term in office on 1 January 2018 for a period of three years.

Nepal's constitution stipulates that ‘Sanatana Dharma’ (Hindu faith) will be protected by the state. Furthermore, Article 26 (3) of the constitution restricts religious conversion and the free expression of one’s faith. The Criminal Code Bill was among a set of Bills drafted to reform Nepal’s penal code in line with the constitution.

Christian Solidarity Worldwide’s Chief Executive Mervyn Thomas said: “We have seen how anti conversion laws in India and blasphemy laws in Pakistan are used to fuel religious tension and target religious minorities. Article 26(3) of the Nepali constitution has already been used in this way, as seen in the case of eight Christians in Charikot, who were charged with forcible conversion after distributing Christian comic booklets. We urge the Nepali government to repeal this unjust law and amend Article 26 (3) of the constitution as they both curtail the right to freedom of religion or belief and undermine Nepal's commitments under international law, a contradiction made even more striking as Nepal assumes its seat on the Human Rights Council."

1.      An unofficial English translation of Section 9 of the Criminal Code Bill is available on request.