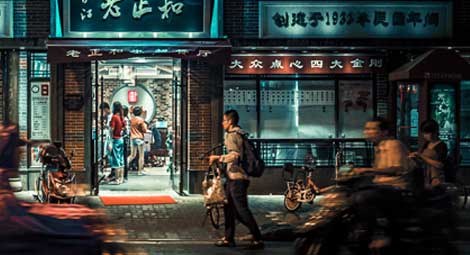 Christians have been detained, and churches shut down or destroyed in China in the month before revised Regulations on Religious Affairs are due to come into effect on 1 February.

Christians have been detained, and churches shut down or destroyed in China in the month before revised Regulations on Religious Affairs are due to come into effect on 1 February, which strengthen state control over religious activities in China and include special provisions on national security and foreign connections.

On 18 January, six members of an unregistered church group in Yunnan Province were sentenced to up to 13 years in prison for ‘using an evil cult to organize to undermine law enforcement’. The defendants were accused of belonging to a group called the Three Grades of Servants, which the government has labelled an ‘evil cult’. They deny being members of the group. According to China Aid, some 200 Christians have been detained in the province and falsely accused of being members of the group.

Earlier in January, Chinese authorities in Shanxi Province demolished the 50,000-member Golden Lampstand (Jindengtai) Church using dynamite. The state-run Global Times reported that the church had been demolished as part of a city-wide campaign against ‘illegal buildings’. In 2009, the church’s leaders were imprisoned for up to seven years after attempting to lodge a complaint about an attack on the church by hundreds of police and plainclothes officers, in which a number of church members were injured. The longest sentence was given to Pastor Yang Rongli, who was released in October 2016. In December 2017, Asia News reported that a 20 year-old Catholic Church in Shaanxi Province was demolished despite having the necessary permits from the Religious Affairs Bureau.

A third development this month concerned the case of Living Stone Church in Guizhou Province. The church’s two pastors have been fined over US$1 million for collecting ‘illegal’ donations from members of the congregation. Pastor Su Tianfu and Pastor Yang Hua have filed several appeals on the basis that the money was voluntarily donated by church members and was only used to fund church activities. The appeals were all rejected.

Living Stone Church, an unregistered Protestant church which at one time had over 700 members, came under increasing pressure to close because it refused to join the state-sanctioned patriotic association for Protestant churches. A ‘Rectification Order’ received by the church on 18 November 2015 from the Nanming District City Urban Administrative and Law Enforcement Bureau stated that the church’s use of a commercial building was illegal. Several church members were detained or fined in connection with the case. On 6 January 2017, Pastor Yang Hua was sentenced to two and a half years in prison, while Pastor Su Tianfu remains under house arrest. Deacon Zhang Xiuhong spent more than two years in detention before being released in August 2017.

Mervyn Thomas, Chief Executive of Christian Solidarity Worldwide (CSW), said, “These cases are consistent with a new focus on the control and management of religious activities by the government. Different approaches are being taken by different provincial authorities, but taken together these cases may suggest a long-term plan to target independent religious communities. On the one hand, unregistered churches like Golden Lampstand and Living Stone Church are being forcibly shut down. At the same time, churches registered with the government are also being managed more tightly. Thirdly, some Christians are being accused of belonging to ‘evil cults’ which are banned by the government under vaguely-worded anti-cult legislation. In each case, the government’s focus is on the control of religious life, rather than the protection of the right to freedom of religion or belief. We urge the Chinese government to release all those detained in connection with the religion or belief, and to revise or remove legislation not in line with international provisions on the right to freedom of religion or belief.”

1.Christian Solidarity Worldwide (CSW) previously reported that the revised Regulations on Religious Affairs would come into effect in China on 2 Feb. They will actually come into effect on 1 Feb.