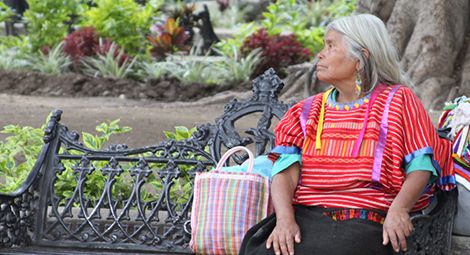 Christian Solidarity Worldwide (CSW) is calling for a full investigation into the murders of two Roman Catholic priests in Mexico on 5 February.

Father Iván Añorve Jaimes and Father Germain Muñiz Garcia were both killed when armed men attacked the vehicle in which they were travelling in the early hours of 5 February in Guerrero State.

The two priests were travelling on the Taxco-Iguala federal highway after participating in a religious festival in celebration of the Virgin of Candelaria in the town of Juliantla. They were accompanied by three others, who were also injured in the attack.

On 7 February, the Bishop of Chilpancingo-Chilapa, Bishop Salvador Rangel Mendoza, issued a strong condemnation of statements from the Guerrero State Prosecutor, which implied that one of the priests had links to illegal armed groups and that the victims bore some level of responsibility for the attack.

In a public statement also signed by other high level Catholic Church officials, Bishop Rangel Mendoza said: “We confirm once again that Father Germain Muñiz Garcia was never linked to any criminal group. Because of the nature of his pastoral work he was aware of their operations in the area, as a priest and public figure he had to travel to areas where they are present to minister to the different communities there…If the State Prosecutor claims that Father Germain Muñiz Garcia was linked to some criminal group we urge them to say to which criminal group he belonged and not simply point fingers… In light of the damages to Father Germain Muñiz Garcia’s reputation we demand that the General Prosecutor of the State of Guerrero carry out the necessary investigations and stop making declarations based on so called facts.”

Late last week, the Mexican Bishops Conference also condemned the statements of the Guerrero state prosecutor and confirmed that neither priest had links to illegal criminal groups.

In 2017, Mexico maintained its ranking as the most dangerous country in the world for Catholic priests, with four murdered in 2017. The state of Guerrero has seen some of the highest numbers of priests killed, with a total of seven since 2009, including last week’s murders. In December 2017, the Bishop of Altamirano was transferred to another part of the country because of a series of threats made against him.

Bishop Rangel Mendoza has been publicly critical of the high levels of corruption and impunity in the state.

CSW’s Chief Executive Mervyn Thomas said, “We are deeply saddened to learn of the violent deaths of Father Muñiz Garcia and Father Añorve Jaimes last week. They would have been well aware of the risks of their pastoral work given the high number of priests killed in Guerrero, but continued to carry out their ministry even up to the night of their murder. Given the high levels of impunity in the state, we were disturbed but not surprised that the state prosecutor chose to give a public statement which essentially amounted to blaming the victims for their own murder. CSW joins the call of Bishop Rangel Mendoza in calling for a retraction of these statements, unless the prosecutor can provide hard evidence of his claims, and a serious investigation into the attack on these two priests, leading to the prosecution of those responsible.”