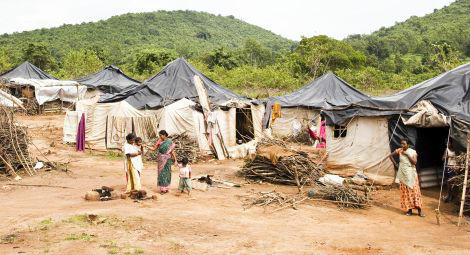 A Christian from Tamil Nadu was attacked on 19 April by a neighbor who accused him of sharing his faith to Hindus.

A Christian laborer from the District of Coimbatore, Tamil Nadu was attacked on 19 April by a neighbor who accused him of sharing his faith to Hindus. There are growing concerns about the rise in anti-Christian campaigns in the area.

Thangaraj Ramasamy, a former party worker of the Bharatiya Janata Party (BJP), sustained severe injuries to his head and shoulders in the attack. Thangaraj, who became a Christian 15 years ago, said in his First Information Report (FIR) to the police that his neighbour had been harassing him and demanding that he paid Hindu temple taxes. When Thangaraj refused, the accused, who has been arrested and remains in police custody, threatened to kill him.

Tamil Nadu has witnessed a rise in anti-Christian campaigns in recent months which have not been addressed by either the central or state government.  In response to this, The Synod Pentecostal Churches of Tamil Nadu organized a mass gathering on 17 April, and an estimated 20,000 Christians from several districts across Tamil Nadu joined in the protest. A memorandum calling on the government to act was presented to the Chief Minister of Tamil Nadu, Edappadi Palaniswami. The Synod noted in the last 15 months, the state has witnessed about 60 incidents of violence against Christians.

According to local monitoring groups, Hindutva ideology, a form of Hindu nationalism previously unseen in Tamil Nadu, is starting to take root and be promoted in the state through political groups such as the Hindu Munani (Hindu Front) and Hindu Makkal Katchi (Hindu People’s Party).

Civil society groups are also concerned that the increased anti-Christian activities in the state are a result of the current vacuum in strong leadership in Tamil Nadu since the death of the former Chief Minister J. Jayalalithaa in December 2016. Nehemiah Christie, the Executive Director (Legislation and Regulations) of The Synod of Pentecostal Churches said that “in the absence of an effective mechanism to govern the state, the current government is relying on the federal government’ support in matters of governance and policy. It is an unfortunate situation. The spirit of Tamil unity is being replaced by communal disharmony. The fringe groups feel emboldened because of the state government’s move.”

CSW’s Chief Executive Mervyn Thomas said: “it is very concerning to see that hardline nationalists groups are being allowed to set the religious agenda for Tamil Nadu. Their ideology of intolerance and communal politics polarizes communities. We urge the Tamil Nadu government to take steps to stop the spread of values that go against the grain of the Indian Constitution, which assures the freedom of thought and conscience. The Tamil Nadu government can set an example to the other states in India of a higher level of religious tolerance by ensuring that those who intimidate, harass or attack religious minorities are brought to justice, and offer reassurance to religious minorities that they will be protected.”