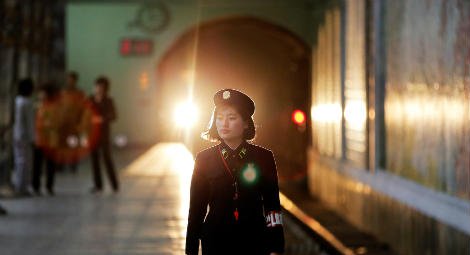 “When it comes to religion, North Korean people shudder because the punishments are so severe.”

This was the response from one person CSW interviewed as part of a new report on the human rights situation in North Korea. It is a country which the UN Human Rights Council concluded was ‘a State that does not have any parallel in the contemporary world’ when it came to the ‘gravity, scale and nature’ of the violations of human rights in North Korea.

Based on research that included a survey of more than 100 respondents, ranging from recent North Korean escapees and UN officials to human rights experts, the new CSW report has found that in the past decade, ‘although the regime has not changed, the people have.’ There are signs of change in the economy and flow of information that has meant some North Korean citizens are living very different lives, although still under the world’s most repressive regime.

Our researchers found that as a result of these changes, the motivation for defection has changed. One escapee told CSW, “In the beginning, people defected because they were starving. But it is different now. [Now] more and more people want freedom, opportunities and hope.”

In the areas of economy, information, criticism, and human rights awareness, those surveyed for the report provided a general suggestion of change of some kind over the past ten years. A notable exception to this trend was the subject of religion. Interviewees consistently reported that there was no religious freedom, and only 6% of survey respondents felt that there was more freedom for religious believers in 2017 compared to 2007.

But however encouraging the signs of change, it’s important that they are not over-stated. North Korea remains among the very worst abusers of human rights in the world.

So, how do we respond to the findings?

We should be encouraged that international advocacy can make a difference. It is slow and pain-staking without doubt; it entails tiny steps forward accompanied by frustrations and tragedy of course – but the regime is not as immune to outside pressure as we may once have feared.

We must continue making a noise about North Korea’s crimes against humanity. We must learn from the changes we’ve seen in the past decade, and support North Korea’s people to bring more substantial, meaningful and genuine change. And we must seek bold and creative ways to ensure that human rights violations end, the regime is held accountable for its barbaric crimes, and the flickers of hope are fanned into a bright light that opens this closed country.

A decade of working for freedom in North Korea

2007: CSW publishes one of the first comprehensive human rights reports on North Korea.

2007: CSW calls for a United Nations Commission of Inquiry (CoI) to investigate crimes against humanity committed by the North Korean regime – we are almost alone in our calls.

2011: Other NGOs join our calls, and we found the International Coalition to stop crimes against humanity in North Korea (ICNK).

2013: The UN’s High Commissioner for Human Rights adds her voice to support to our calls.

2013: CSW gives evidence at the UN’s Commission of Inquiry in London.

2014: The CoI publishes their findings