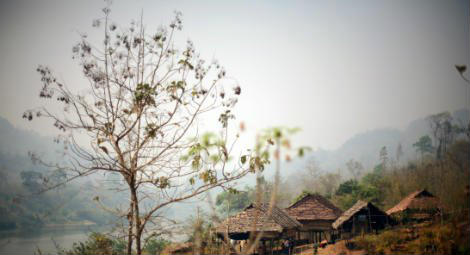 Burmese military jetfighters bombed the Kachin Baptist Mission School in Bawmwang village, northern Kachin State, at 11am on 12 May. While there were no casualties, the bombs hit buildings belonging to the school.

The attack took place while the villagers were at work on their farms. A two-storey wooden building which used to be the mission office and clinic of the American Baptist missionaries and was later used as the main office of the Kachin Baptist Mission School was hit in the attack.

In recent years, the Burmese army’s offensive has escalated in Kachin areas. The army not only target the KIA’s military posts, but also civilian areas including religious centres. Bawmwang is over ten miles away from the KIA’s Seventh Battalion. Concerns remain that the Burma Army is increasingly targeting civilians, following the United Nations Security Council (UNSC) visit to Burma from 28 April -1 May 2018.

CSW’s Chief Executive Mervyn Thomas said, “We are deeply concerned about the recent serious escalation in attacks by the Burma Army against civilians in Kachin State. We urge the Burmese government and military to stop this offensive, and to begin a genuine political dialogue with the Kachin and other ethnic groups. We call on the international community to condemn the bombing of religious and educational centres, and to press the government of Burma to allow unhindered humanitarian access to all parts of Kachin and northern Shan States. Furthermore, we urge the United Nations to take immediate steps to end the Burma Army’s impunity.”