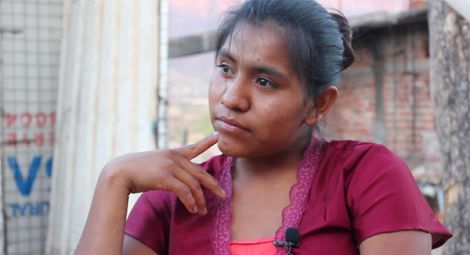 A girl belonging to a displaced religious minority family will mark Mexico’s Children’s Day on 30 April by raising the cases of children who have been denied the right to an education because of their faith.

Alma, aged 17, has been unable to enrol in school ever since her family was forcibly displaced from their village in Bolaños Municipality, Jalisco state, in December 2017, along with around 60 others, because they are Protestant Christians.

CSW will be facilitating meetings between Alma, her pastor and government officials in Mexico City as part of its Faith and a Future campaign, which highlights the discrimination and harassment faced by children in educational settings on account of their religious beliefs. In addition to Mexico, the campaign focuses on Burma, Iran, Nigeria and Pakistan.

Ahead of Children’s Day members of the public are being asked to write letters to Mexican embassies in their respective countries and share photos on social media of ‘solidarity parties’ held in support of the campaign, which will also be shared with officials to demonstrate growing global awareness of this issue.

Last year Alma told CSW: “I have always wanted to be a nurse… I plan to be a nurse and study a career, I am going to continue studying.”

CSW has documented a range of violations experienced by religious minorities in educational settings in Mexico, including forced participation in overtly religious activities against their beliefs, and insults and pressure to convert. In some areas of the country, local authorities regularly pressure religious minorities to convert, or to participate actively in activities such as religious festivals linked to the majority faith through financial support or physical involvement. When they refuse to participate, local officials often strip them of basic services, including education, by barring their children from school.

In extreme cases, discrimination results in forced displacement. Children who have been forcibly displaced frequently lack the required paperwork to enrol at a school in their new place of residence, meaning they are more likely to be deprived of an education.

CSW’s Chief Executive Mervyn Thomas said: “No child should be denied an education because of their faith, yet it continues to occur, and the culture of impunity that has surrounded the discrimination faced by religious minority communities has exacerbated this. It is therefore essential that the government of Mexico acts to ensure that all children who have been forcibly displaced are able to continue their education, and that perpetrators of forced displacements are brought to justice. The international community is watching, and we urge the Mexican authorities to respond accordingly.”

1.       Click here for photos of letters that children have written to Mexican embassies in their respective countries.