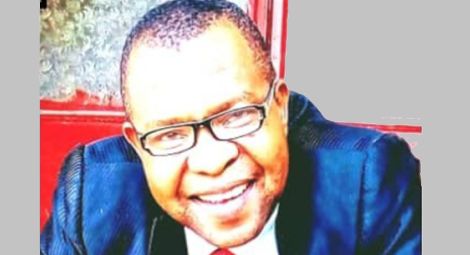 Professor Richard Solomon Musa Tarfa, co-founder of orphanages for vulnerable children in Kano and Kaduna states, was acquitted of abducting 19 children from their legal guardians and confining them in an unregistered orphanage by a High Court in Nigeria’s Kano state on 24 June.

The Professor will return to court on 27 July on a final charge of forgery, which was submitted by the lawyer for the prosecution a day before he rested his case.

Professor Tarfa was arrested on 25 December 2019 when armed police officers, accompanied by agents of the National Agency for the Prohibition of Trafficking in Persons (NAPTIP), invaded the Du Merci orphanage in the Kano state capital along with journalists and without a warrant.  On 31 December, the professor was obliged to accompany officers during a similar raid on the Du Merci orphanage in Kaduna state.  His was eventually charged with child abduction.  The case was transferred from a Magistrates Court to the High Court on 6 January, and on 10 December he was freed after a year in detention following a review of his bail stipulations.

CSW’s Founder President Mervyn Thomas said: “CSW welcomes the acquittal of Professor Tarfa of charges for which he is completely innocent. This verdict is a victory for justice and is long overdue.  The final charge against professor is equally excessive and unsubstantiated, and if justice prevails, we anticipate his complete exoneration in July.”

Twenty-seven children who were seized during the raids were subsequently placed in the government-run Nasarawa Children’s Home in Kano City. Sixteen of them have remained there ever since, being prevented from attending school or church, as well as reportedly suffering  mistreatment on account of their religious belief.

In January 2021 the authorities began the process of forcibly relocating the younger children from the government-run home, raising concerns for their continued physical and psychological wellbeing.  So far, five children aged between three and eight have been transferred to an isolated rural location, where their names have been changed. Additionally, the Tarfa’s legal representative has been denied access to the children who are still in the government-run home in the state capital.

Mervyn Thomas continued: “The psychological trauma that continues to be inflicted on the Du Merci children, some of whom are vulnerable pre-schoolers, is unnecessary, incalculable and unacceptable.  In view of the professor’s acquittal on the substantive charges relating to the children, we urge the Kano state authorities to ensure their swift return to the security of the only parents they have ever known.”