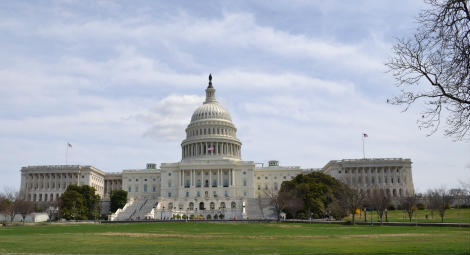 Joint Open Letter to US Secretary of State Antony Blinken

CSW joins 94 other organizations in calling on Secretary Blinken to declare the crimes committed against the Rohingya what they are: genocide.

We, the undersigned organizations, write to urge you to publicly determine that the state of Myanmar has committed genocide and crimes against humanity against the Rohingya people. We welcomed your launch of a process earlier this year to make such an official determination. Now, several months later, as the fourth anniversary of the brutal campaign against the Rohingya approaches - and with the ongoing risk of further atrocities - we urge you to publicly announce your determination and to refer to the crimes by their proper name: crimes against humanity and genocide.

The February 1st coup by the same military that perpetrated abuses against the Rohingya, and the ongoing abuses by the Myanmar military against the Rohingya, other ethnic groups, and the Burmese population in general, only underscore the importance of recognizing the military’s past crimes against the Rohingya for what they are. We have welcomed your attention to the coup and the sanctions measures you have imposed on those responsible. While the coup does not impact the factual and legal basis for a possible genocide determination, it does underscore the importance of the United States speaking forthrightly about gross abuses of human rights when they occur. Such action is critical in sending signals to governments and the Myanmar military, that abusers will be held accountable. Such signals also play a critical role in deterring further abuses.

In the case of the Rohingya, the evidence of genocide and crimes against humanity is clear and convincing and has been amply documented. As prominent legal and human rights experts, including former high-level State Department and White House officials (two of whom are now serving in senior positions in the Biden administration), concluded in a letter in August 2020 [attached]:

“[We] believe the information and assessments produced so far compels the United States, in its capacity as a government and not as a court, to publicly express its view that genocide has been committed and may be continuing against the Rohingya of Myanmar.”

The military coup places an increased urgency on this request as the last trappings of democratic restraints on the military are pulled away. The military’s actions are already greatly exacerbating the COVID pandemic and a growing humanitarian crisis. A U.S. government determination of genocide and crimes against humanity would subject Myanmar and its military to much needed international scrutiny at a time of increased risk of atrocities against the Rohingya and other ethnic minority groups including the Chin, Karen, Kachin, Rakhine, and Shan, as well as against the population of Myanmar as a whole, who have been targeted for opposing the coup. Such a determination would also be useful in exposing atrocities and preserving the truth ahead of any future transitional justice actions. A Rohingya genocide determination would in no way preclude further atrocity determinations regarding abuses committed by the military against other ethnic groups or others. Rather, it would demonstrate a commitment to evidence-based accountability as the struggle for a truly inclusive and representative democratic Myanmar continues.

A determination would also help to ensure continued international attention on the plight of the Rohingya, while enabling the United States to mobilize additional diplomatic and economic pressure on Myanmar to shift its behavior. This attention could offer a measure of protection for the Rohingya and others in Myanmar. It would also represent an expression of solidarity with the governments of Bangladesh and other refugee hosting countries, signaling the United States is committed both to accountability and supporting conditions for safe and voluntary return when conditions so permit.

Such a determination would be wholly consistent with findings of the Department of State, which concluded that the attacks on the Rohingya were “well-planned and coordinated” and that they were "extreme, large-scale, widespread, and seemingly geared toward both terrorizing the population and driving out the Rohingya residents." The law group engaged by the State Department to investigate atrocities against the Rohingya conducted its own legal analysis and found reasonable grounds to believe that genocide was committed. Several other independent groups have reached similar conclusions including Refugees International, the International State Crime Initiative, the U.S. Holocaust Memorial Museum, and Fortify Rights in collaboration with Covington & Burling LLP. The U.S. House of Representatives voted overwhelmingly to recognize that “atrocities committed against the Rohingya by the Burmese military and security forces since August 2017 constitute crimes against humanity and genocide.” A UN Independent Fact-Finding Mission similarly found “a pattern of conduct that infers genocidal intent on the part of the State to destroy the Rohingya, in whole or in part, as a group.” The Fact-Finding Mission has further warned, “The State of Myanmar continues to harbour genocidal intent and the Rohingya remain under serious risk of genocide.”

Now is the time to use the words that fit the crimes. U.S. leadership matters. We call upon you to demonstrate the moral leadership and courage necessary to push global action in the face of genocide.

Again, we welcome your review and urge you to finalize it quickly. Should you have any questions, please feel free to be in touch with Daniel Sullivan (daniel@refugeesinternational.org).

19.  Campaign for a New Myanmar

33.  Global Centre for the Responsibility to Protect

42.  International Campaign for the Rohingya

45.  Jacob Blaustein Institute for the Advancement of Human Rights

59.  L’chaim! Jews Against the Death Penalty

62.  No Business With Genocide

70.  Rhode Island Board of Rabbis