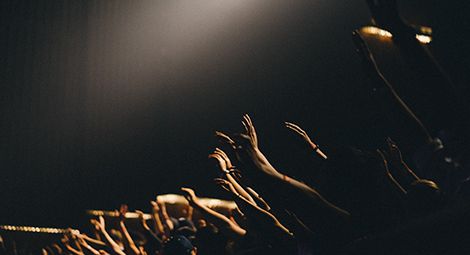 India’s constitution guarantees freedom of religion or belief. However, in practice this isn’t always the case. Increasing Hindu nationalism is making India increasingly dangerous for Christians, Muslims and human rights activists of all faiths.

On 27 May Hindu nationalists disrupted a service at Yeshu Darber (Congregation of Jesus) Church, assaulting several worshippers and forcing the pastor and a lay leader to go to the local police station, where they were accused of carrying out conversions. Thank God that CSW’s local contact in the region was able to intervene, and that both men were released and the allegations were proved to be false. Pray that no further incidents occur.

Just a few days later, on 30 May, the monthly all-night prayer meeting led by Pastor Vijay Kumar was also disrupted by Hindu nationalists, who accused Pastor Vijay of converting people. The police took Pastor Vijay into custody, but again CSW’s contact in the area was able to secure his release the next day. Please pray that Pastor Vijay would not be discouraged or fearful, and that he would be protected from further violence.

It has now been a decade since the violence that swept Odisha in August 2008. Many of the survivors of that violence, and the families of the victims, are still awaiting justice. Please pray that on this anniversary, God would renew the urgency of their case in the hearts and minds of the authorities.

In September 2017 journalist and human rights activist Gauri Lankesh was shot dead in front of her home. She was the editor of Gauri Lankesh Patrike, a weekly paper, and was an outspoken human rights activist. Like Gauri, there are many brave people who speak out against injustice and oppression. Please pray that their efforts will produce favourable outcomes for those who are victimised.

“Death and threats of death have become a common factor for advocates of free speech and conscience. Gauri Lankesh’s murder is another attempt to silence dissent,” said veteran human rights activist Shabnam Hashmi. Pray for protection for India’s human rights activists, and give thanks for the courage of people like Shabnam who continue their vital work despite the danger it poses.

In May the lawyers who advocated for 14 victims of the horrific Kandhamal violence over a decade ago, were informed that the additional compensation – totalling about £1.7m – will be disbursed. Join us in giving thanks to God for this victory, and pray that this will be a sign of a larger change in the future.

Lord God, we give thanks for all the human rights defenders and religious community leaders in India who carry out their work despite very real dangers. We ask for your divine protection over  them, and for you to grant them encouragement, endurance, and strength for their vital work. Amen.