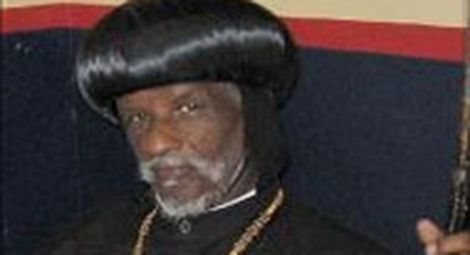 13 January, will mark the anniversary of the removal of Patriarch Antonios, the legitimate leader of the Eritrean Orthodox Church. He has been under house arrest since 2007, after the Eritrean government removed him from power (in violation of canon law) for repeatedly objecting to government interference in ecclesiastical affairs and for refusing to expel 3,000 members of the Orthodox renewal movement, Medhane Alem.

Last July the 92-year-old patriarch, who is severely diabetic and has very high blood pressure, was effectively excommunicated by pro-government bishops who stated, ‘His name should never be mentioned and remembered, and those who do will be punished severely.’

In a video smuggled out of the country last April, which was used as a pretext for his ‘excommunication’, Abune Antonios said of his detractors: ‘The Eritrean Synod are the accusers and adjudicators, without listening to my side. They broke the law of the Eritrean Orthodox Church.’

Eritrea is governed by one of the world’s most repressive regimes. In 2016 a UN Commission of Inquiry found that its officials have committed crimes against humanity since 1991 – including enslavement, imprisonment, enforced disappearance, torture, religious and ethnic persecution and murder – causing around 12% of the country’s population to flee. Find out more about Eritrea at csw.org.uk/Eritrea

Pray for Patriarch Antonios this week: