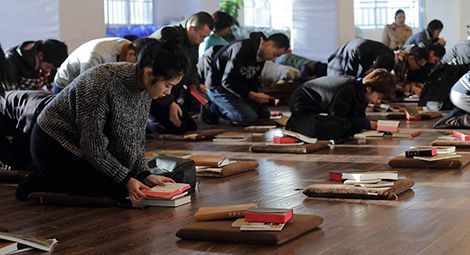 On Easter Sunday, at least six leaders of Early Rain Church were taken from their homes and their electricity was cut off, after government officials learned they were joining an online church service. And this was just one incident in years of intrusive government surveillance and harassment the church has endured. Many members are still in detention, on bail or under house arrest.

Recently a letter has been widely shared on Chinese social media describing the church members’ experience. The letter is by Brother Zhou, [name changed for security reasons] a member of Early Rain. Brother Zhou said:

Our three families have now been under guard for more than 480 days...They saw the guards bitten by mosquitoes in summer, and almost frozen in winter…The couple felt compassion. Sometimes they give food, sometimes they give the Bible... This is the way Christians express their love. Yes, we treat them as human beings. However, their leaders use them as chess pieces and dogs. Even when the virus raged, they stood pitifully at their posts…

Brother Zhou wrote this prayer for the police who are in his home:

Lord, we pray for the police [in China]. Lord, you give them the authority and power – let them use it properly. We pray that the Lord will give them an upright and righteous heart and let them work in accordance with the laws and regulations, not just the command of their leaders. We pray that the Lord will give them a brave heart and that they will dare to say no to the darkness! We pray this in the name of the Lord Jesus Christ, Amen.

‘But I tell you, love your enemies and pray for those who persecute you, that you may be children of your Father in heaven.’ Matthew 5:44-45a