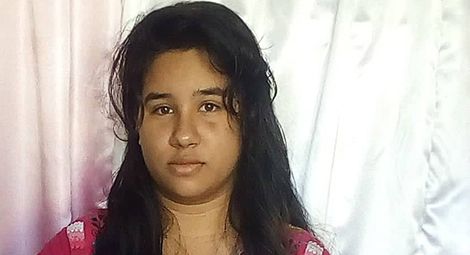 Independent journalist and lawyer Roberto Quiñones Haces was released from prison in September 2020, after serving a one-year sentence for reporting on the trial of pastors Ramón Rigal and Adya Expósito Leyva. The couple was imprisoned for removing their children, Ruth and Joel, from the state-run school system due to teacher-led bullying because of their parents’ faith. Both parents were released in the first half of 2020.

This is just one example of how the Cuban government harasses religious communities, and those who report on human rights violations. Find out more at csw.org.uk/cuba

Pray that the Rigal family would continue to find comfort and support in each other and that they would feel encouraged by the Christians all over the world who are praying for them.

In the last issue of Response we introduced you to Yoe (Yoel) Suárez, a journalist who courageously continues reporting on the government’s human rights violations, despite an ongoing campaign of official harassment. Among other things, he’s been banned from travelling internationally. Pray that this ban would be lifted.

Ricardo Fernández Izaguirre is an independent journalist and religious freedom defender who told us, ‘I have come up against the government many times, from threats, to imprisonment, to being prohibited from leaving the country.’ Ask God to strengthen him during his continuing ordeal.

Ricardo explained that the government has been taking advantage of the fact that churches have been standing empty due to the COVID-19 pandemic, and there are at least two confirmed cases of church buildings being demolished. Ask God to provide these congregations with new places of worship, once it’s safe to gather again.

‘The righteous care about justice for the poor, but the wicked have no such concern.’ (Proverbs 29:7) The government has placed restrictions on many church-run initiatives that were distributing aid to those affected by the pandemic. Pray that everyone would be able to access the food and other basics that they need.

Lord, thank you for the amazing news of the release from prison of Ramón and Adya. We ask you to bless and protect the entire family. We lift them to you in the knowledge that your perfect love drives out fear. In the precious name of Jesus, Amen.

Write to the Rigal family to encourage them: