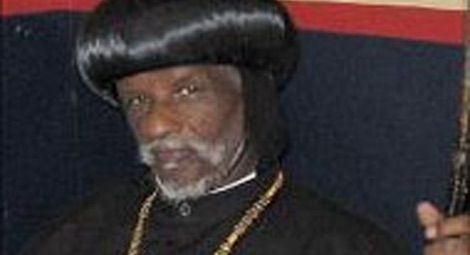 The Eritrean government is directly responsible for a severe human rights crisis from which thousands continue to flee on a monthly basis. Eritrea’s constitution asserts that ‘no person may be discriminated against on account of...religion’, however, it has not been enacted, and every right, including the right to freedom of religion or belief, is flagrantly violated. Since May 2002 all religious practices except those associated with Catholicism, Evangelical Lutheranism, Orthodox Christianity and Sunni Islam have been outlawed; however, even members of approved faith communities can also suffer severe mistreatment.

A campaign of arrests, ongoing since 2002, continued in 2021. In March 35 Christians were detained in Mai Serwa prison following raids in Asmara and Assab. In June two Christian were arrested in Asmara. July saw the arrests of two elderly Full Gospel Church pastors, and in September, 16 Christians were rearrested and detained in Mai Serwa prison. Find out more at csw.org.uk/eritrea

Praise God that last year the UN Human Rights Council (HRC) adopted once again a resolution extending the mandate of the Special Rapporteur on the situation of human rights in Eritrea by one year. Pray that the mandate would work effectively, and enjoy sufficient support and resources from the HRC.

‘We are hard pressed on every side, but not crushed; perplexed, but not in despair; persecuted, but not abandoned; struck down, but not destroyed.’ (2 Corinthians 4:8-9). Pray that Christians in Eritrea, and particularly those held in detention, would know the truth of these verses today.

In a report released in June 2016, a UN Commission of Inquiry found reasonable grounds to believe that crimes against humanity had been taking place in the country since 1991. Over five years later, accountability for these and other crimes remains elusive. Ask the God of justice to intervene today.

The Eritrean government is implicated in widespread human rights violations in the Tigray region of neighbouring Ethiopia, including mass rape, extensive looting, massacres, and the forced return of Eritrean refugees. Pray that the international community would take decisive action to bring an end to the violence, and to ensure that those responsible for possible atrocity crimes are held to account.

Pray today for military conscripts who are often forced to remain in indefinite military service where they receive minimal wages and are subject to forced labour. Young female recruits can also face sexual harassment and violations by senior officers. Many young conscripts have been sent to the war front in Tigray, despite insufficient training. Ask God to protect and provide for them.

Fifteen years ago, the legitimate patriarch of the Eritrean Orthodox Church, Abune Antonios, was illegally removed from office and placed under house arrest. Patriarch Antonios is 94 years old, severely diabetic and suffers from high blood pressure. Pray that he would be released, restored and strengthened by God.

Lord God, even when it is hard to know where to start or what to pray for the nation of Eritrea, we believe that you hold the country in your hands and ask you to rise up and deliver the oppressed, the needy, the marginalised and the persecuted. Amen.